Having a whale of a time: Top spots around the world for whale watching

Home » Travel » Having a whale of a time: Top spots around the world for whale watching

There are few things which are as thrilling as spotting the Earth’s largest mammal at the ocean’s surface. Whether you want to set out on an adventure to see whales and other wildlife, or would just like the chance to spot them when you’re on vacation- here are some of the best places in the world to go whale watching.

You would think that something as large as a blue whale would be impossible to miss, but there are few places where it turns up with any regularity. However, in Europe, you do stand more of a chance. Husavik, on the north coast of Iceland, is a good place to start. Andenes, a stunning Norwegian village is another fantastic place go whale watching; there are so many of them that the locals simply have to look from there homes to see them blowing and fluking by the shores. Franz Josef Land in Russia has had increased sightings of humpback whales; it’s also home to the three Arctic whale species– bowhead, beluga, and narwhal. You probably wouldn’t have considered the UK as a place to watch whales, but places in Scotland allow a great chance of spotting minkes who prefer shallow inland waters. 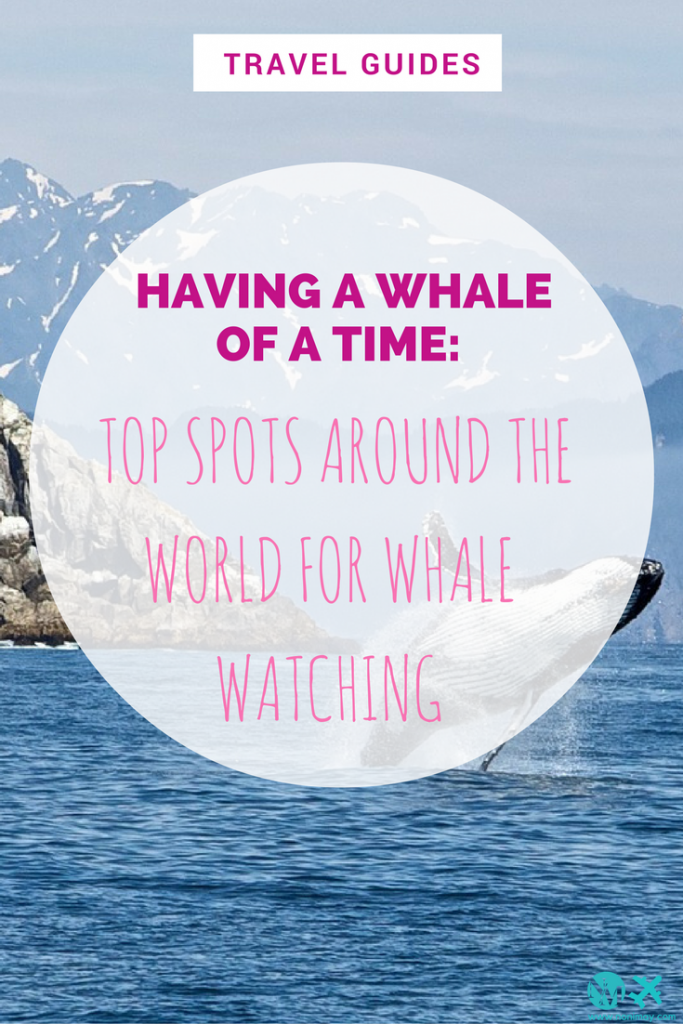 There are a variety of places where you can spot these majestic animals in North America. From the Cabrillo National Monument in San Diego to Santa Barbara in California, you will see the migration of the incredible gray whale. As a bonus, lots of other types of marine life including different species of whales and dolphins also inhabit these areas, so you’re likely to see more than just gray whales! In San Juan in Washington, you can spot gray, minke and humpback whales along with seals, seal lions, and otters. To see fin whales which are the second largest animal alive today (behind blue whales) visit Virginia Beach. If The Big Apple has always been on your bucket list, along with the incredible shops, restaurants and tourist activities there are also lots of great whales watching opportunities. Fin, minke, humpback and sperm whales are all drawn to the area. America is so enormously diverse making it one of the most interesting places in the world to visit and explore. The new ESTA system makes it simple to apply to travel too.

There are thirty-three whale species which call Canada’s waters home. Depending on where you are, a short boat trip will allow you to come into contact with them in many cases. Robson Bight Ecological Reserve in Telegraph Cove, situated in British Columbia is home to a sanctuary for orcas. While you’re in BC, be sure to head to Tofino which is prime whale- watching territory for the migration of the grey whale. Here you’re also likely to spot humpback whales, otters, bald eagles and sea lions. Another place to see humpback whales, along with beluga and minke species (and occasionally the elusive blue whale) is Cape Breton Highlands in Nova Scotia. Go in the peak season which is July and August for the best chance of spotting fin and humpback whales.

Like Loading...
Tags:
Previous Article
Keeping it personal: business ideas that promote customised products
Next Article
Ways to enrich your travels with these exciting ideas

5 Different Types of Travel – What Kind Of Travel Is Right For You?
nmcompany April 14, 2021

5 Experiences Every Visitor Must Try in LA
nmcompany November 10, 2020

Once in a Lifetime Travel Experiences to Add to Your Bucket List
nmcompany March 9, 2020

5 Different Types of Travel – What Kind Of Travel Is Right For You?

5 Experiences Every Visitor Must Try in LA

Ways to enrich your travels with these exciting ideas
nmcompany December 12, 2016
Made with coffee & love by Noni May © 2022
%d bloggers like this: