The good old United States has some incredible city breaks to offer. The likes of New York City, Chicago, and Los Angeles, are known and loved by people the world over. But some of us want more adventure; we want to tread away from the beaten tourist path and experience new cities organically. Columbus, Ohio has everything we could want from a city break, without the threat of tripping over a million other tourists, just to see the sights. Here are some reasons it is particularly special.

Not just any old zoo, Columbus Zoo is now a non-profit organization created with the intention of educating the masses about animal and environmental conservation. The animals were initially donated to the zoo almost one hundred years ago, and from there it has grown to house more than 800 different species. There’s an on-site aquarium as well, so make sure you set aside a full day for this one.

With the rest of Ohio on its doorstep, Columbus is the perfect starting point for a holiday in the surrounding lakes and the Appalachian mountain range. It is situated almost slap bang in the center of Ohio, so to rest of the state is easily accessible. Incredible scenery is only a short drive away in areas such as Hocking Hills, with its Ash Cave rock formation and stunning caves. A visit to the  National Museum of the United States Air Force at the nearby city of Dayton is also recommended.

With a system of 16 municipal parks spanning the city, you don’t feel like you’re in a state capital. When the weather is good, the parks are full of university students and friends relaxing with coffee. In cooler weather, you can expect skating rinks and snowball fights. The greenery gives the city a vibrancy that concrete jungles lack, and makes it a relaxing destination for a weekend break.

Columbus has it all, including the opportunity to immerse yourself in German culture, without even leaving the city. Started by an influx of German immigrants in the 1800s, it’s now a haven of sausage shops, coffee shops, and German grocers. It even feels like an old European city, with cobbled streets and old buildings – a holiday on holiday!

For the adrenaline junkies, there’s a chance to ride alongside the treetops on a zip wire with ZipZone Canapy Tours. With hanging bridges, free falling, and even a rappel, you’ll need a stomach for heights. There is a variety of different tours that can be taken, depending on your preference. However, if you are brave enough, the views of the beautiful green city and wildlife are a sight to behold. Sites like The Crazy Tourist are full of suggestions for the thrill seekers among you.

There are so many cities to choose from for a weekend break across the United States, offering a vast range of cultures and climates. Hopefully, this list has given some good reasons to go off the tourist track and see what Columbus can offer you.

Like Loading...
Tags:
Previous Article
The complete guide to running your business from your computer
Next Article
Why vacation real estate can be great for both business and pleasure 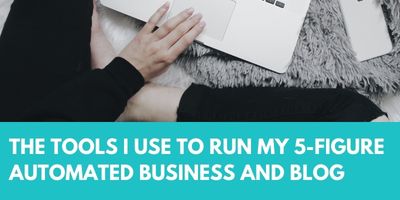 Why vacation real estate can be great for both business and pleasure
nmcompany November 23, 2016
Made with coffee & love by Noni May © 2022
%d bloggers like this: