As soon as you enter Australia and you start backpacking, you hear people talking about Fraser Island and how amazing it is. But somehow, I waited way too long to travel the East Coast (I blame you Melbourne!), but this winter (or European summer) I finally did it.

Fraser Island is the world’s biggest sand island, and a heritage-listed island in Queensland, Australia. Visiting is a must if you’re close by but there’s only one problem.

It’s really a first world problem but I mean, when you travel the East Coast of Australia you ARE traveling the first world so this is a legit problem. The problem? The overwhelming amount of backpacker travel agencies and the number of different tours they offer. They all, more or less, go to the same places. So how do you pick your favorite? Let me help you. 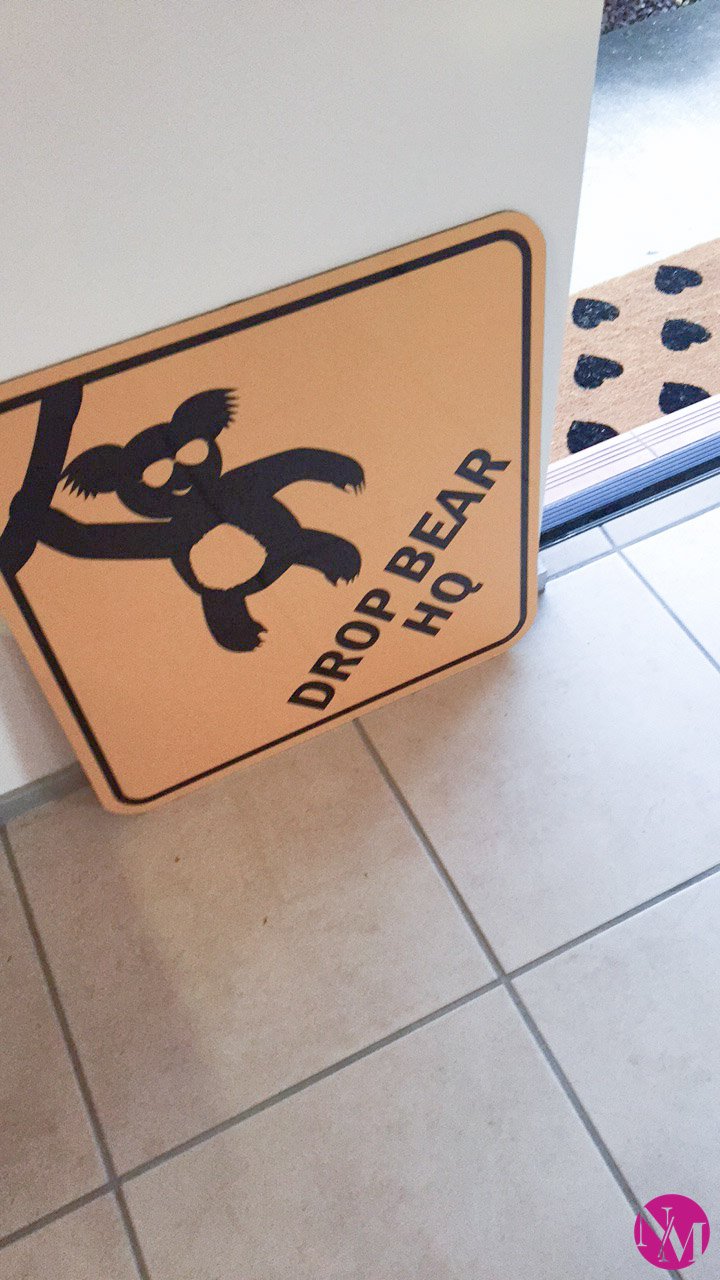 One of the first things my tour organizer, Dropbear, told us was that Fraser Island’s original name is K’gari and that they’re calling it K’gari from now on. I really, really liked this, because I’m all about learning about Australia’s indigenous culture. And in this article, I’ll call it K’gari from now on too. I asked around during my travels about other K’gari tours, but they all told me that they didn’t get introduced to the original name or other aboriginal stories. Now, to be honest, indigenous story time is always my favorite part of any tour, and I can definitely recommend it to everyone. 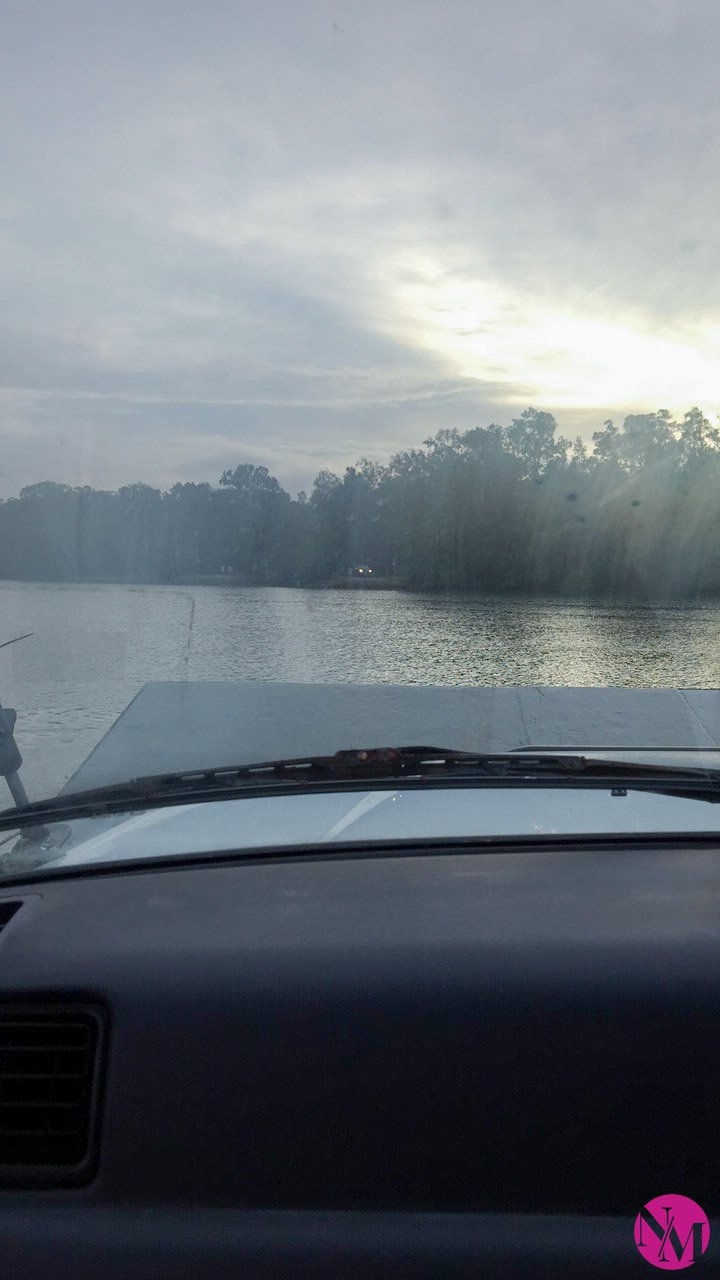 I did the one-night adventure tour, but we joined the two-night group and got to do some extra things like visiting Lake McKenzie. Yep, I was very lucky.

I got picked up from Noosa, and all went smooth. We were a small group of just 7 girls, and it took a while before we all warmed up. I’m very used to being in group situations, but the fact that we’d drive for hours just sitting in the car next to each other when we’re all tired because of our 7 am pickup didn’t really help. Thankfully, our driver was a very chatty person, had great music and showed us around. We took the scenic drive through Cooloola National Park and the Rainbow Beach Coloured Sands. He told us indigenous stories about Rainbow Beach colored sands and why it got its name and he showed us what pippies are (clams). Unfortunately they weren’t around on K’gari when I was there, otherwise they’d cook them for us. 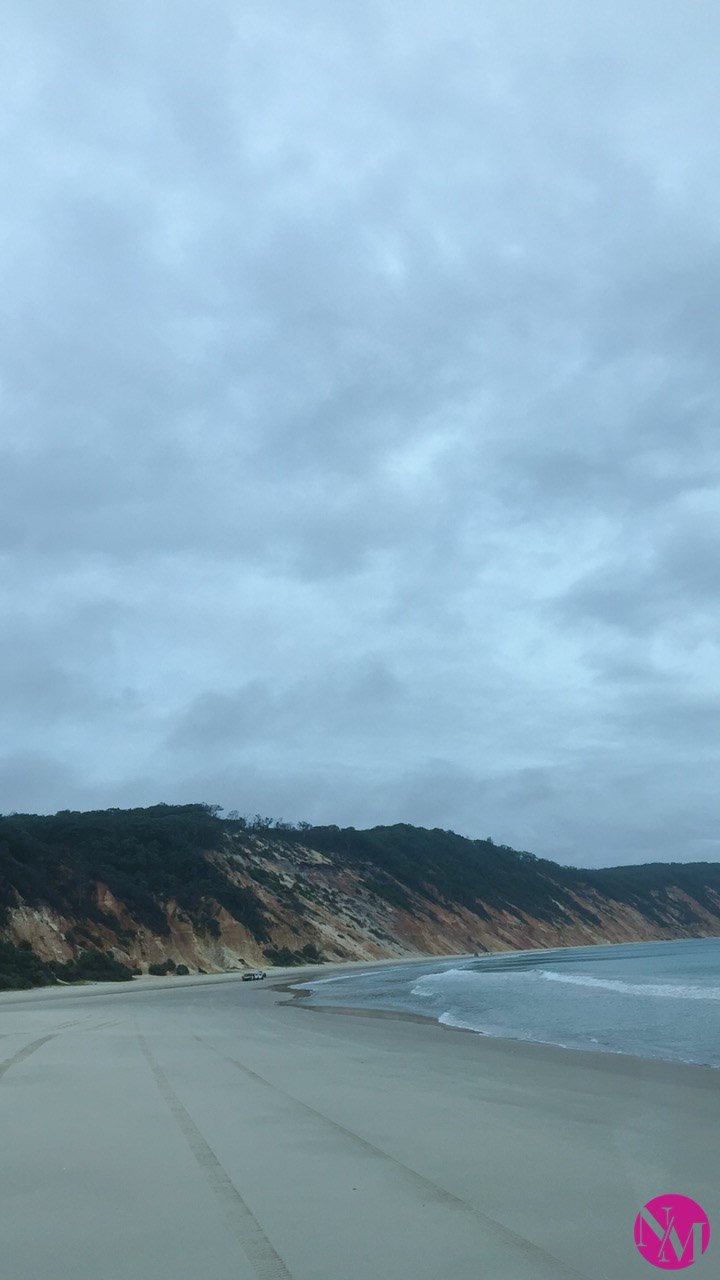 Once arrived on K’gari all we had to do was meet the other people from the group and jump into one of the three 4WD’s. They all took care of our luggage, and we were off to Eli Creek for some floating. 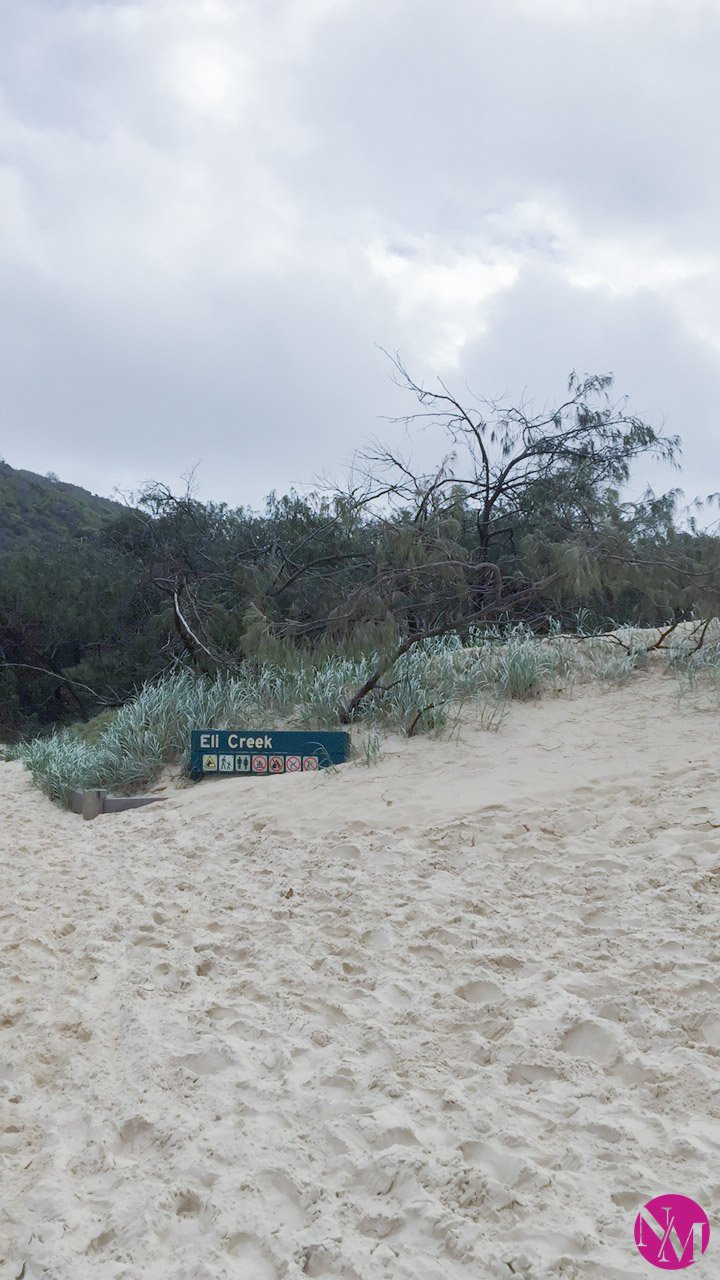 First stop, Eli Creek, the largest creek on the eastern beach of Fraser Island, pours up to four million litres of clear, fresh water into the ocean every hour. You can drink the water, and you can float down from one end to another – which is really fun! The tour guide gave some floaties and we were off! It was a lot of fun to start the day like this, and the water tasted absolutely fresh! Unfortunately, I got really cold after, and never really recovered, so I got ill and was on half my energy for the next 14 days. This is also why I didn’t take a dip in the next two opportunities. 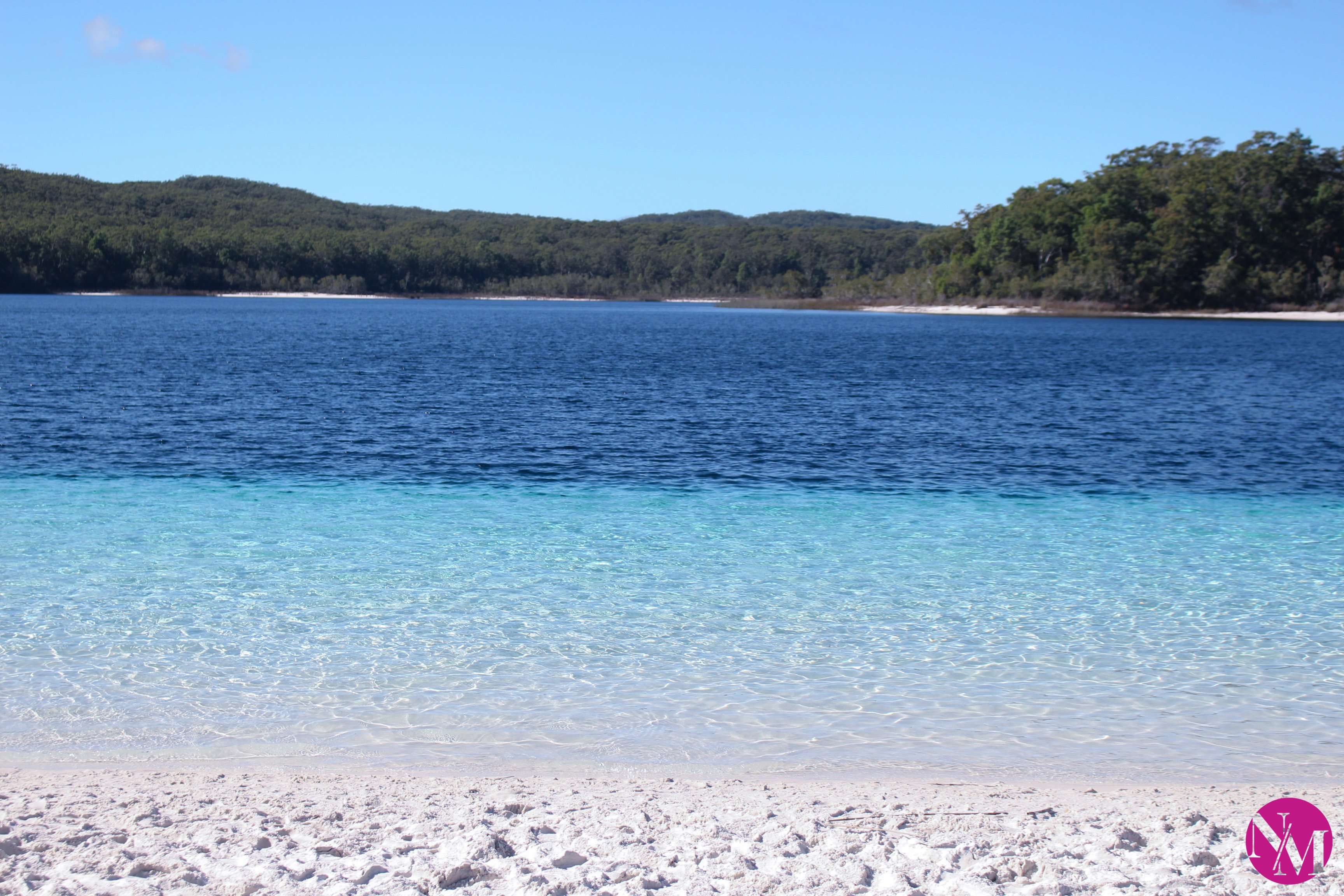 I didn’t swim here, but it was beautiful enough! You know those Nivea makeup remover bottles? Lake McKenzie is exactly like it, but it’s all made by nature! It is a ‘perched’ lake, which means it contains only rainwater, no groundwater, is not fed by streams and does not flow to the ocean. The sand and organic matter at the base of the lake form an impervious layer, preventing rainwater from draining away. 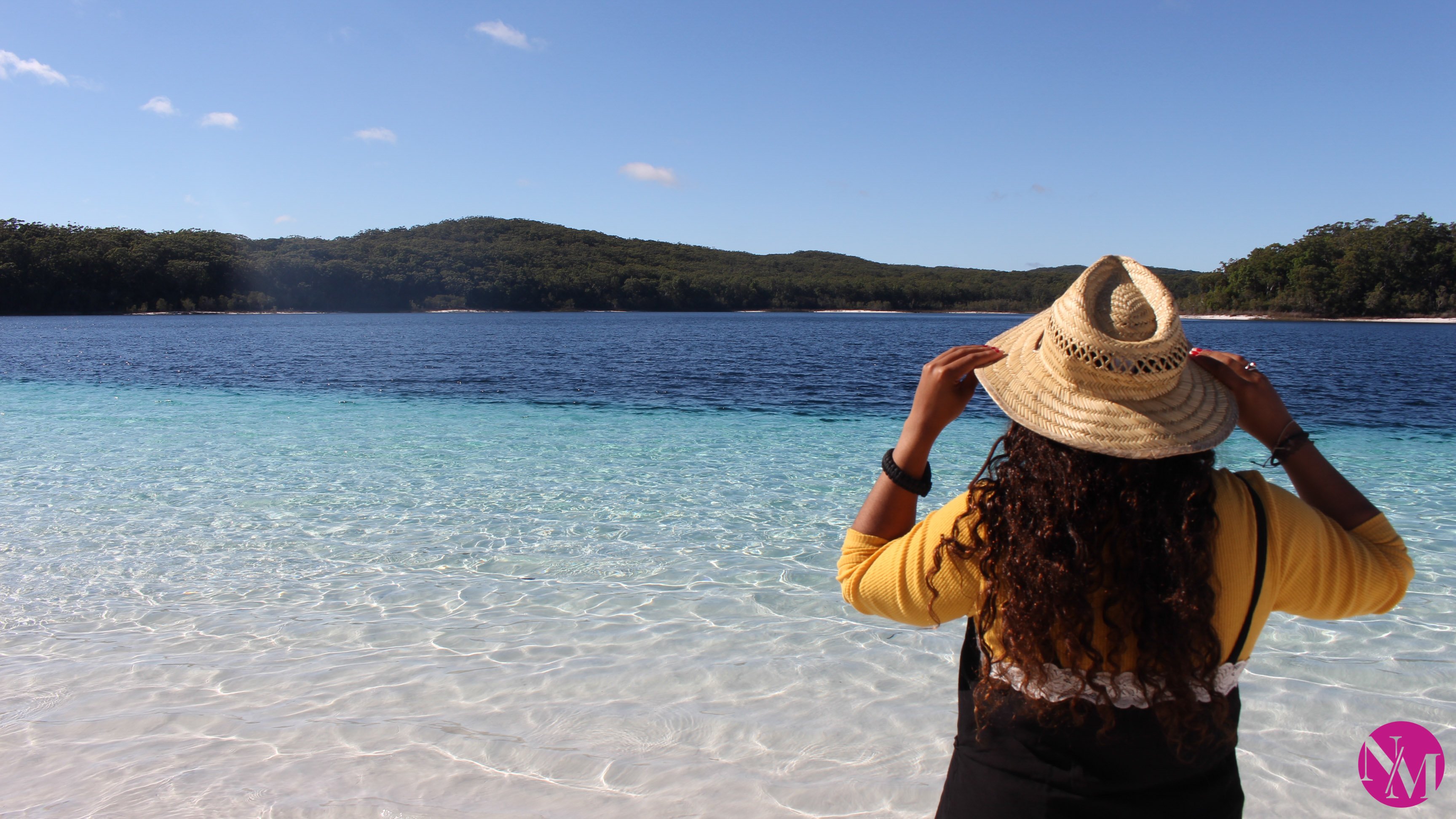 The sand here is pure, white silica and is not only beautiful to look at but feels beautifully soft to walk on. And as many say it works miracles, it actually does. I cleaned my silver ring with the sand and its like new. The sand acts as a filter, giving the water its clarity and helping to make the water so pure it can support very little life. The blues and greens of the lake are endlessly fascinating and it’s well worth getting up early to look at it in the soft light of dawn. Wow, this was the highlight for almost everyone in the group and although I’ve seen a lot of beautiful beaches in my life, I really loved the view. The tour organizer made sure we were the first to arrive on the beach, which was great for photos! 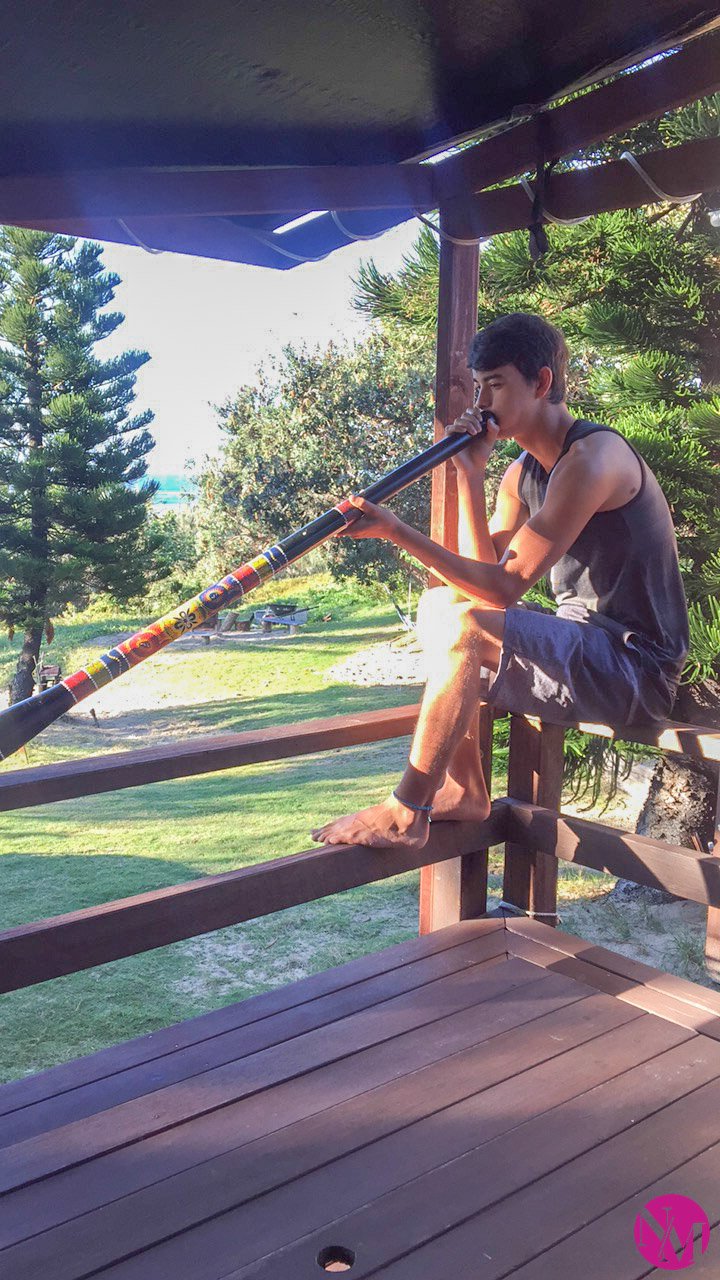 Bathing in the bubbling Champagne Pools

The Champagne Pools are also known as K’gari’s natural jacuzzi. The tiny bubbles make this hole unique compared to others, and this is also the reason why it’s called champagne pools.

With the ocean crashing over the rocks, it’s a great way to relax and enjoy the beautiful nature the island has to offer. I’m very happy I’ve seen it, but unfortunately, I can’t tell anything about the water itself as I was still very cold from my Eli Creek swim. 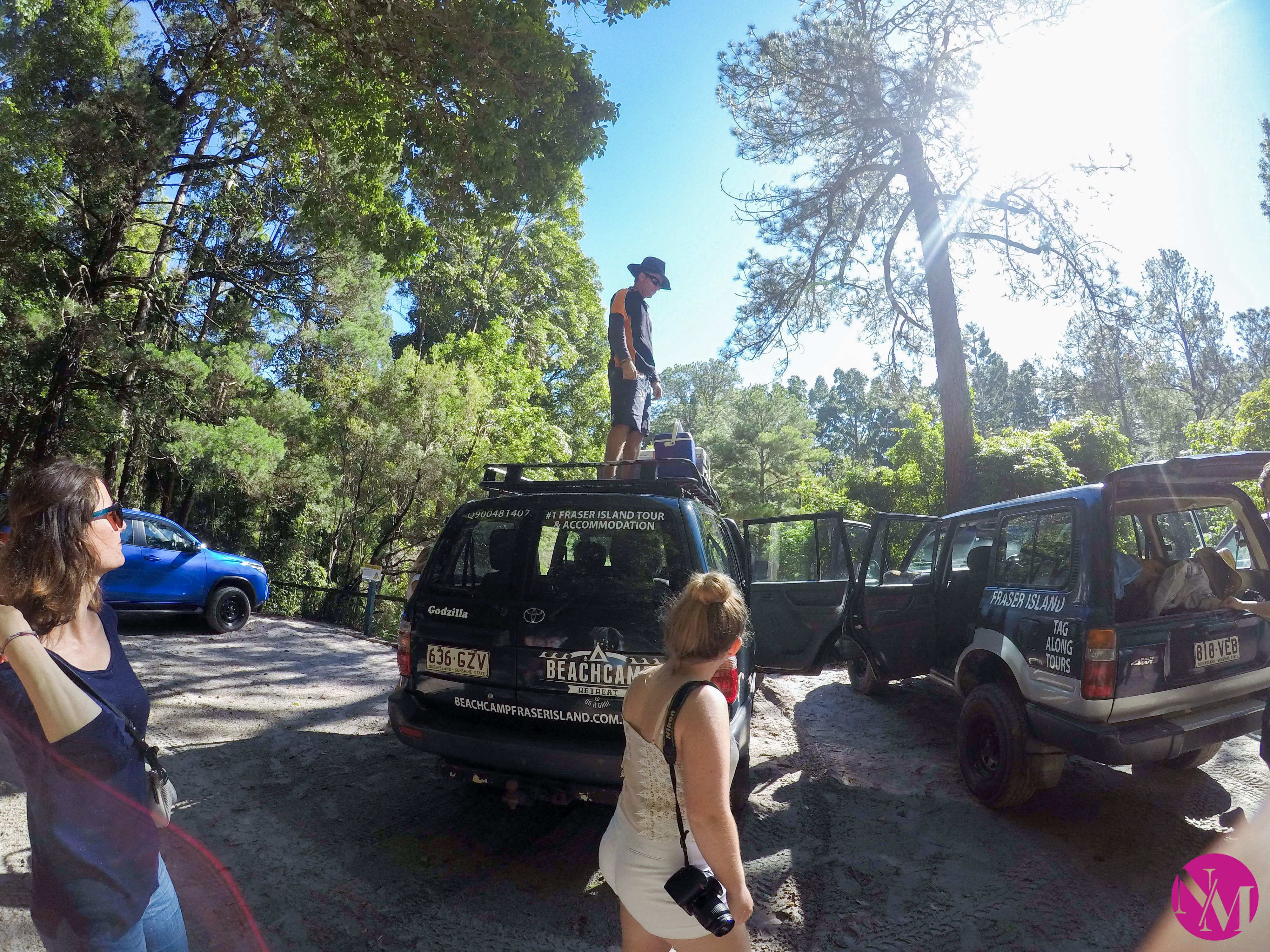 Walking through the Rainforest

Well, it wasn’t really a hike, it was more of a short 20-minute walk through the rainforest, but because of the tour guide, it was quite interesting to hear all about the trees and wildlife. Plus I love being in rainforests, plus it’s kind of special that this rainforest is so close to the beach. 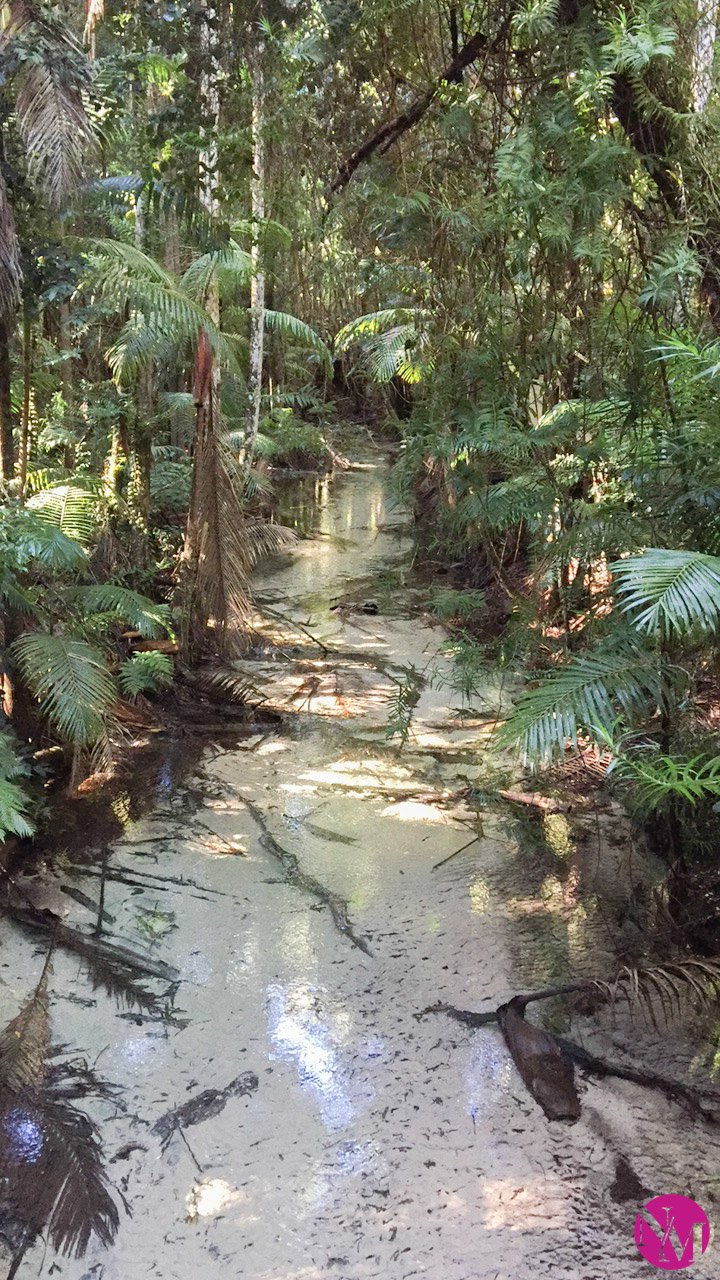 We had lunch close by the rainforest, which was a very nice environment and it was a good break from all the sand! 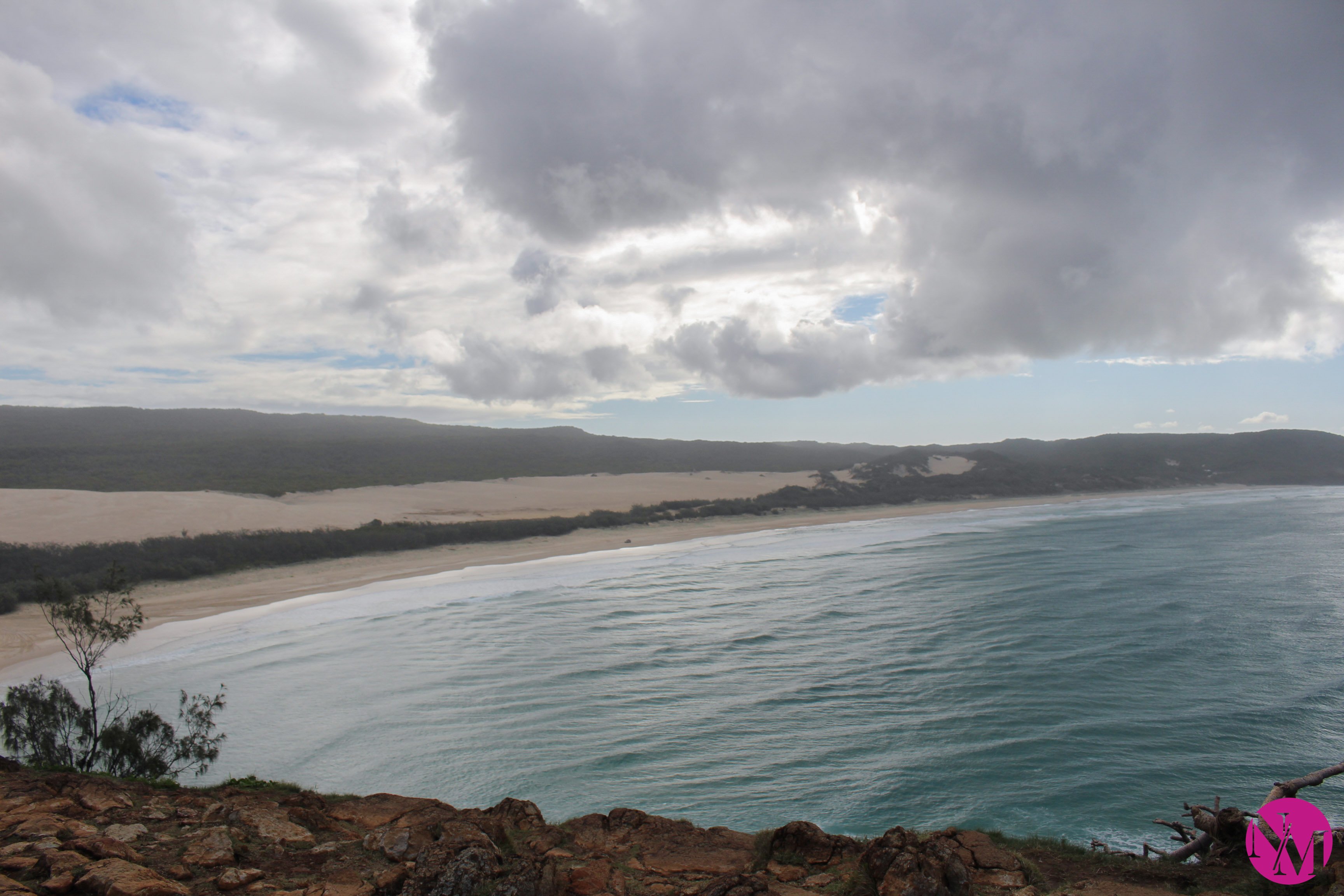 We hiked all the way up to a top that had a very gruesome indigenous story, but the view was beautiful. I was happy to learn about the story, as it’s so important in K’gari’s history. 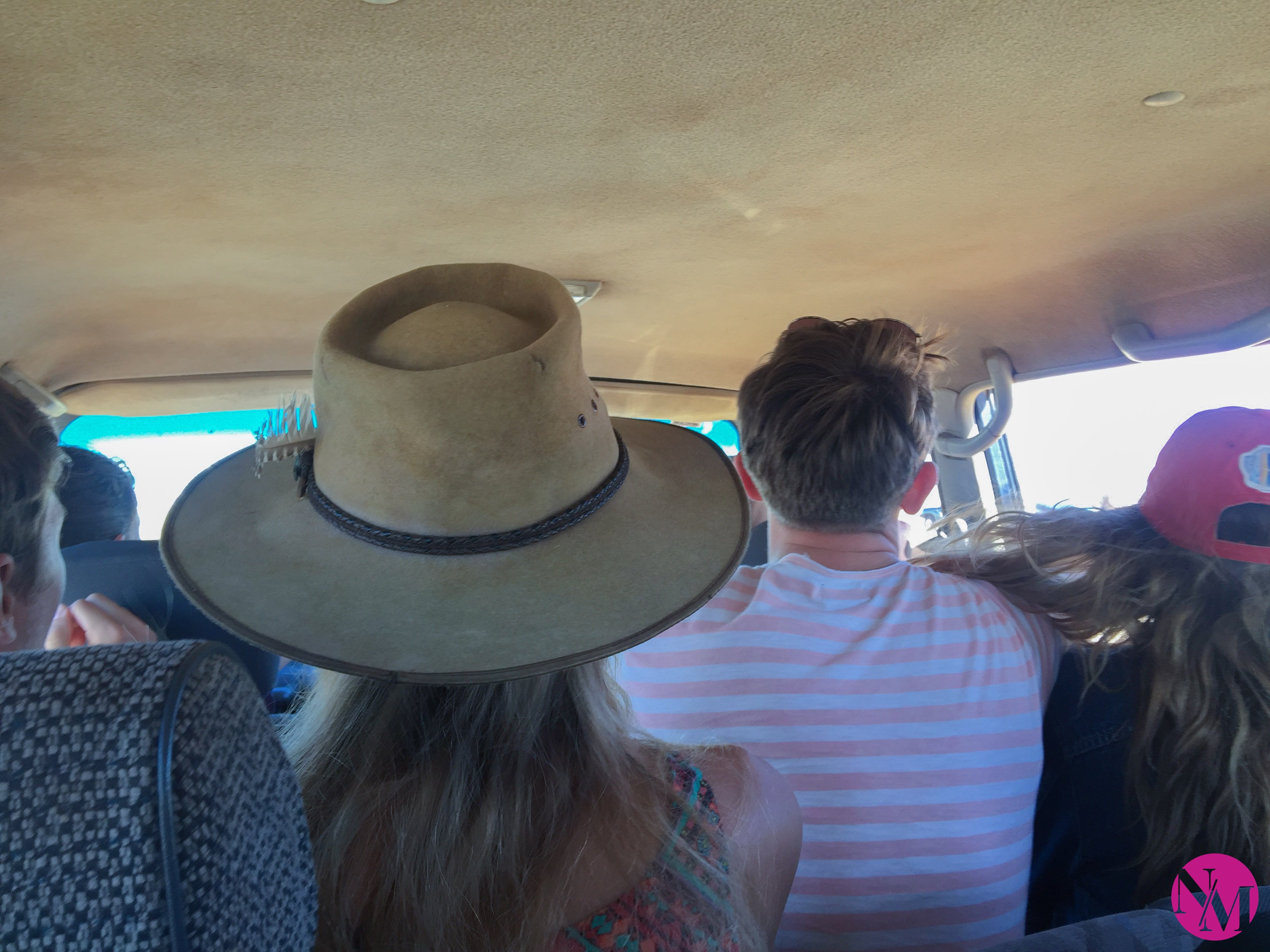 Drive your way through the sand..

Unfortunately, I can’t drive, but everybody else was happy to take turns driving the cars. If you’re over 21 and have your drivers license for at least 12 months you are allowed to give it a go! I was kind of surprised that they kind of needed us to drive too, with just one tour guide and two cars and I’m happy I ‘survived’. 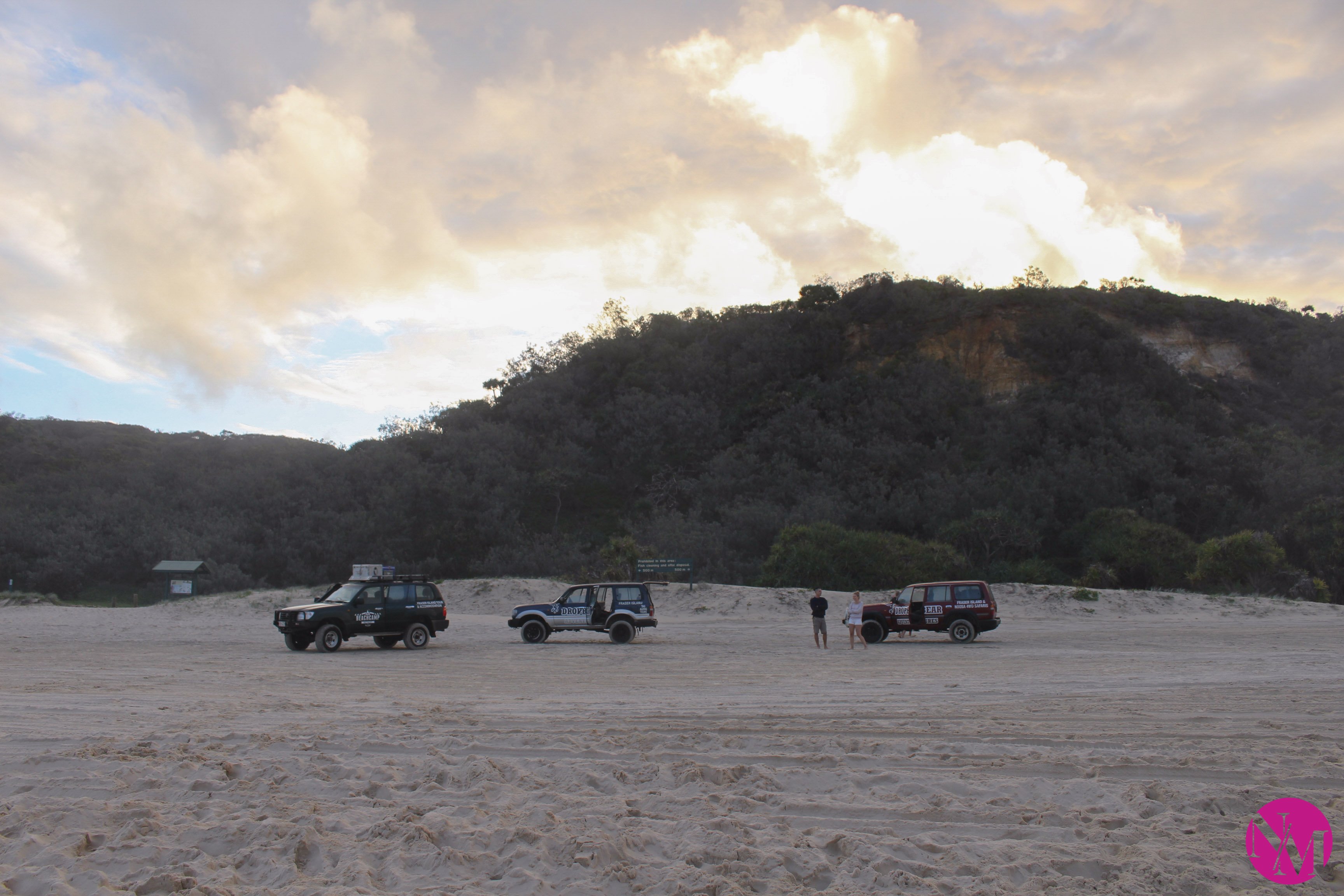 At first, I was a bit scared of sitting in a car riding with people that I just met, I have no idea how they drive and after the instruction video and hearing what could go wrong… but it all worked out really well. We had radios to stay in contact with the other car, and everybody’s driving behavior was so good, I kinda wished we had an adventurous person in the car that would make the car spin just for the experience haha. 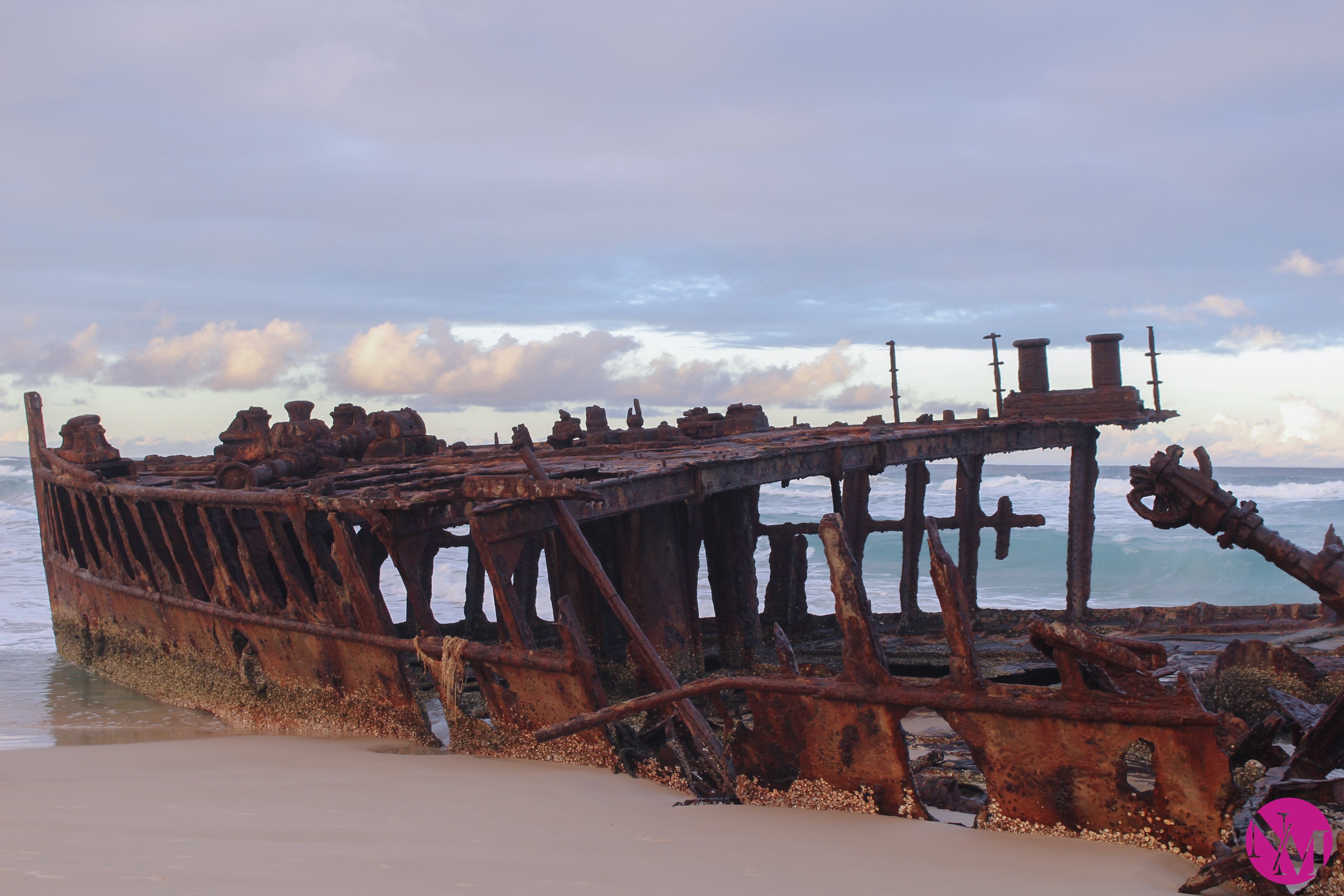 Learn about the Maheno Shipwreck

The one thing I knew about K’gari, was the shipwreck. So I was surprised to actually hear the (crazy) story behind it. The first time I saw it we just drove past it, and the second time we stopped for photos and story time. “The Maheno was built in Scotland in 1905 as a luxury passenger ship for the trans-Tasman crossing. During the First World War she served as a hospital ship in the English Channel, and was then returned to her owners to resume her usual commercial operation. 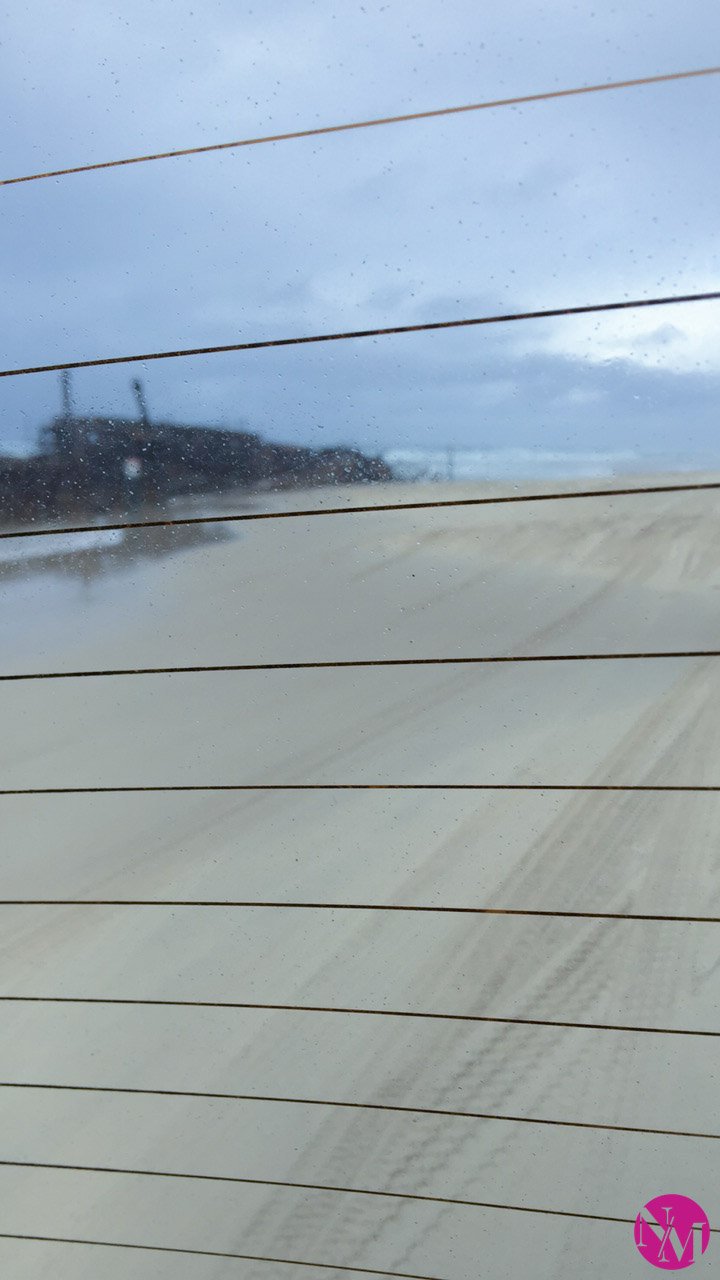 By 1935 the ship had been taken out of service and was sold to a ship-breaker in Japan. On 25 June 1935, while being towed to Osaka to be broken up, she was caught in a strong cyclone about 80 kilometers (50 miles) off the coast of Queensland. The towline parted, and on 9 July 1935 the Maheno became beached on the east coast of Fraser Island. 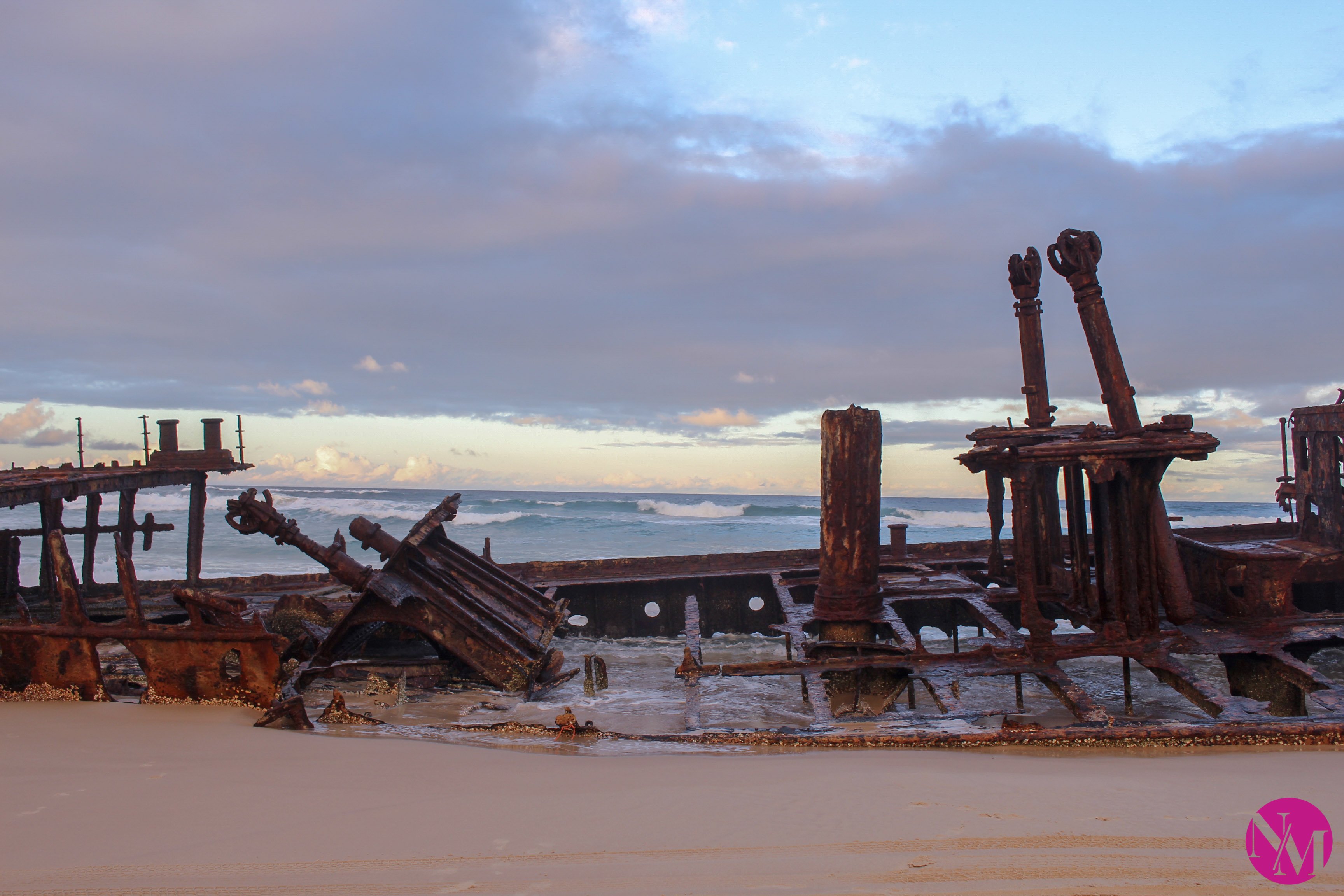 During the Second World War the wreck served as target bombing practice for the RAAF and was used as an explosives demolition target by special forces from the Fraser Commando School. The remains of the ship are now severely rusted, with almost three and a half stories buried under the sand. Because of the danger it poses, climbing on the wreck is not permitted.” (Wikipedia) 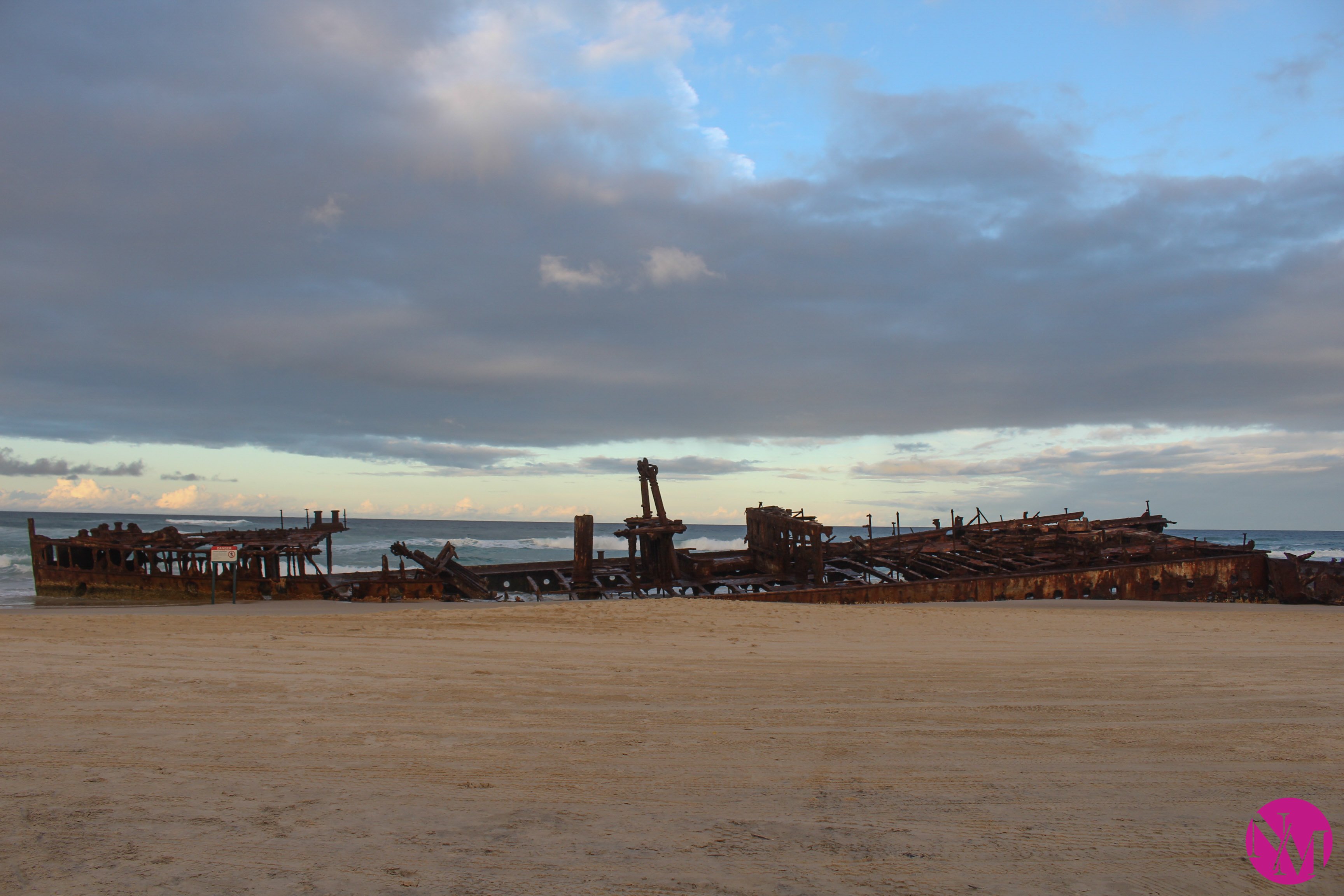 Okay, so shocker: I didn’t see ONE dingo on the island! You see the warnings everywhere, but unfortuntely I didn’t see one wild dog. I have seen them before in differents part in Australia (NT), but because there are sooooo many warnings on the island, I really expected to see them. 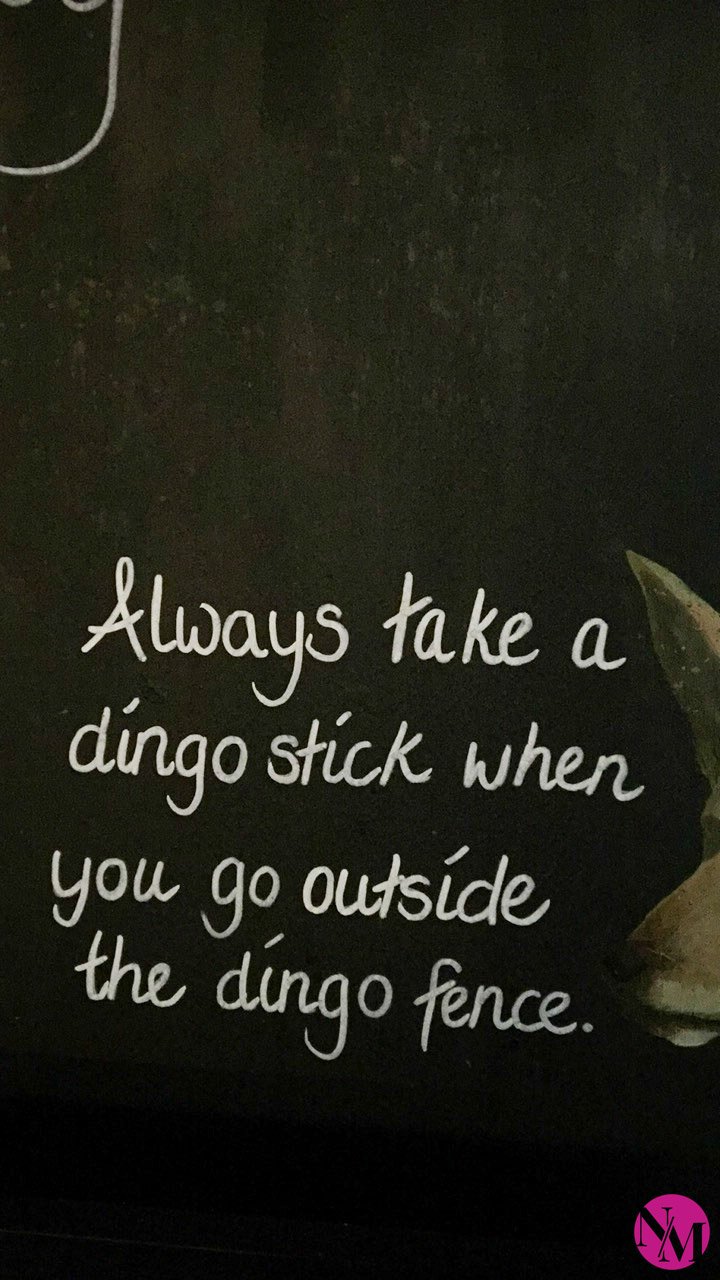 This trip was my first time glamping! And I must admit, it’s as comfortable as any dorm room! We stayed at the Beach House, which has a communal kitchen and multiple rooms. We had a small bathroom with a toilet in our room and three bunk beds. 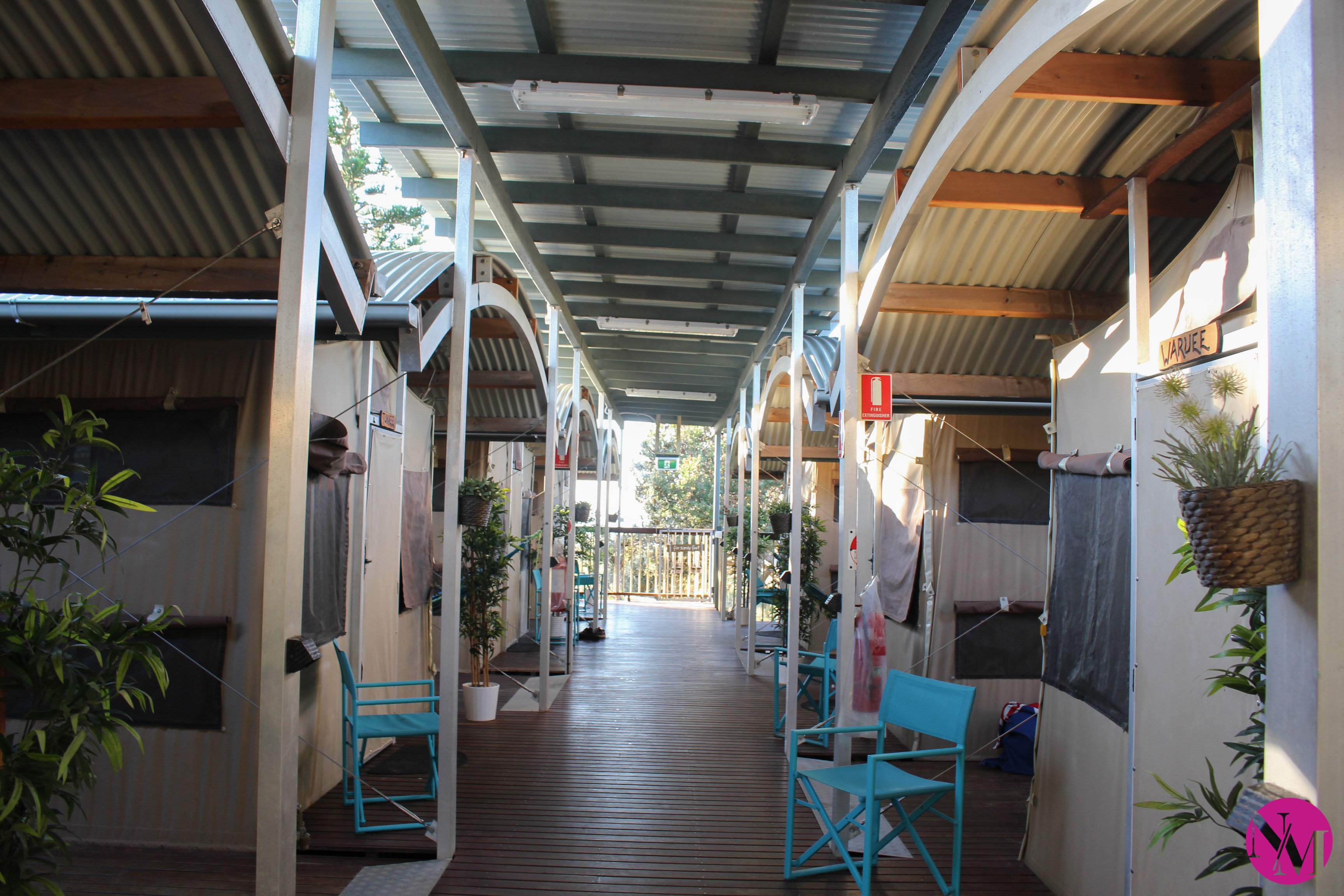 We did receive towels (great!) and it was warm! I’m a big fan of camping but would love to swap glamping for a hostel any time, it’s much more fun! At night after dinner, it was time for some stories by the campfire, with marshmallows and later on a guitar. Couldn’t wish for a better way to finish the last day! 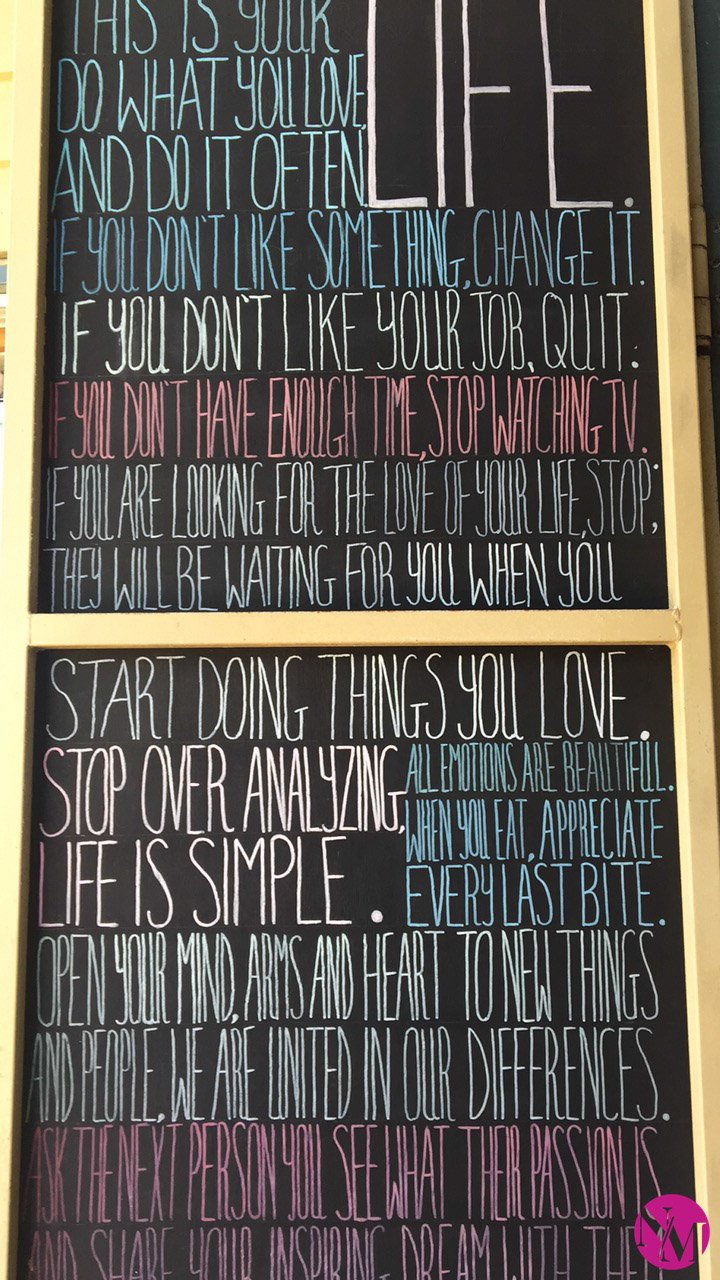 Enthusiastic about K’gari? Book your adventure with Dropbear here!

Photos that will make you love Glebe, my old Sydney neighborhood.
nmcompany September 4, 2017

5 Cool Things To Do In Victoria

Photos that will make you love Glebe, my old Sydney neighborhood.

An afternoon in trendy Newtown, Sydney

The different ways to see the world’s biggest island

8 things you’re unconsciously doing with your blog business that aren’t eco-friendly
nmcompany July 29, 2017
Made with coffee & love by Noni May © 2022
%d bloggers like this: