Americans can look forward to cheaper travel to the UK and Europe, as European markets drop and the British pound is at the lowest point in 30-years. 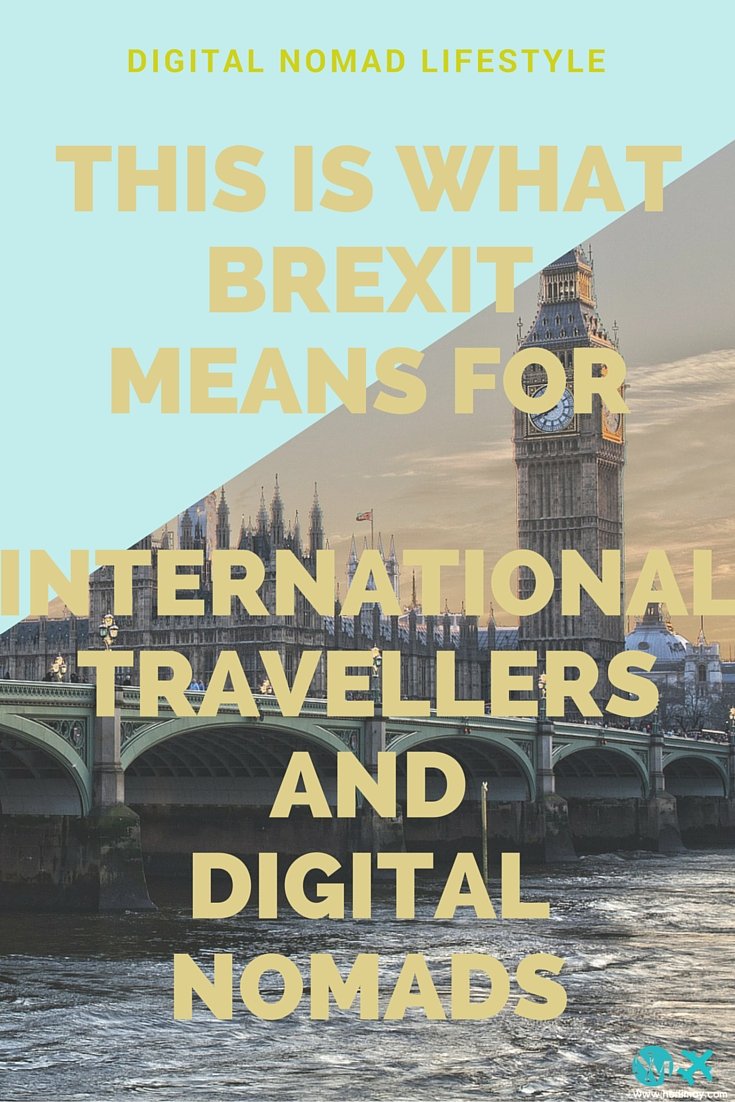 Whether you’re a holidaymaker or a digital nomad, Euro expat or international business traveler; things will change. When most of the counts were counted, tears were shed. Not only by Brits, but also by Europeans; it felt like a sudden breakup with a loved one you kind of need to survive.

But, with that said, if Brexit continues (it’s not really sure now over 3 million Brits have signed for a revote), there will be a lot of changes for travelers. Here are the most likely changes:

As of now, it’s cheaper than ever to visit the UK as the British pound dropped to the lowest point in 30-years, currencies outside the UK and Europe are strong, as currency traders are most likely to send funds into the dollars and yen.

For foreign travelers, this means that it’s now cheaper to travel to the UK. Visiting Europe after your UK visit could get pricey; country hopping within Europe has always been very affordable because of discount airlines like the British EasyJet and Irish RyanAir.

If the Brexit takes place, new air service agreements would need to be put in place, which could mean that discount airlines end up not the cheapest option anymore.

It’s possible that the Brexit leads to an end of the Schengen arrangement, which allows visa-free traveling within the 26 states.

That said, The United Kingdom and Ireland, while both the EU Member States, do not participate in the borders and visas aspects of the Schengen Agreement and continue to operate border controls with the other EU Member States. But upon arrival, EU citizens take place in a ‘without any restrictions line’ at border control.

If Brexit leads to a more radical border patrol, a Heathrow layover might not be the cheapest and smartest route anymore.

There will be longer waiting lines for Americans, as Europeans are most likely to join the same non-UK line at border patrol.

I’m trying to read as much as I can about this, and what this means for digital nomads and travelers. If any updates occur, I’ll edit this post.

And read more about the digital nomad lifestyle:

Like Loading...
Tags:
Previous Article
4 simple steps to starting a WordPress blog from scratch if you have zero technical knowledge
Next Article
Behind the scenes of a PR agency (+ office tour video on my revamped Youtube channel!)

Behind the scenes of a PR agency (+ office tour video on my revamped Youtube channel!)
nmcompany July 19, 2016
Made with coffee & love by Noni May © 2022
%d bloggers like this: