Dark Places by Gillian Flynn; the book vs the film, a review

Shock! Drama! I just found out that ‘Dark Places’ by Gillian Flynn is no longer just a book, but also an already released film!! Shock. Why? Because this book was the first book I read during my world trip, and was suppose to bring me to another place. A fictional place, with a plot as exciting as Gone Girl, a book that I could read for hours. And… it was! I wanted to know the outcome so bad. So I read and read until I finished the book waaaay too early and had to find a new English book (I repeat, English book), in a small Indonesian village. Super fail, but yeah, I love Gillian Flynn. No wonder I’ve read Gone Girl and seen the movie about four times (in the cinema). Dark Places was the second book I read of her, and it was as delightful as I hoped. After Dark Places I had to finish my Gillian Flynn addition by buying her other book, Sharp Objects too. Also great, but Dark Places has a nice place in my memory because I read it when everything was still new about traveling for a long period of time.

What I really loved about the book

What I really loved about the book is that it’s a dark mystery, and brings you back and forth between history and the now. History; when IT happend, and now, now they want to resolve the case. Here’s a little copy paste from Wikipedia about the plot of the book – saves me time 😉 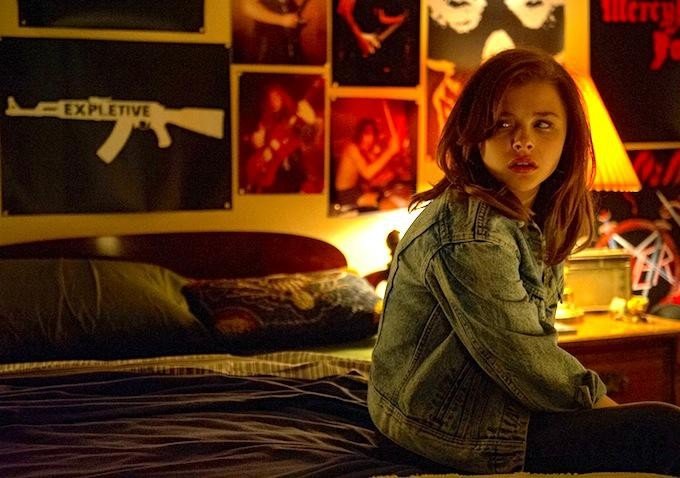 Libby Day, is the sole survivor of a massacre in Kinnakee, Kansas, a fictional rural town. After witnessing the murders of her two sisters and mother, in what appears to be a Satanic cult ritual, she escapes through a window and later testifies in court against her teenaged brother.

Twenty-five years after the massacre, Libby, in need of money, meets with a group of amateur investigators who believe that her brother is innocent of the crime. With the group’s support, she begins an investigation of the events of the massacre, tracking down other witnesses and possible suspects.

Interspersed with the modern day investigation are flashbacks to the day of the massacre. These flashbacks are told from the points of view of Libby’s mother, Patty, and her convicted brother, Ben. These viewpoints paint a picture of a grim life of desperate poverty, marital abuse and abandonment that characterise life on the farm prior to the murder.

Why the book was so good

Another thing that was really good about the book was how it ended. I know, that’s quite a common thing to say in book reviews but it was somehow a satisfying murder mystery ‘solution’. It all seems very logic and also combines a lot of choices to think about on a psychological way, which I like; “would I have..?” and “would I have believed the things people told me as a kid?“, “Would I use my sad childhood story for money?“.

So, I finished the book within a matter of hours, so I was delighted when I read there was a film too. Would it be as good as Gone Girl? The answer is no. It’s a shame. The best thing about the film? Probably Nicholas Hoult. So that’s almost nothing. The movies moves too quick forward, leaves important information untold and ugh, I didn’t like the casting of Charlize Theron and Chloë Grace Mortez (uhm, in my eyes she will always be the new Carrie, especially if she plays psycho crazy bitches). So is the movie a big disappointment? Yes. Should you definitely read the book first instead of watching the movie first? YES! Because otherwise you won’t like it as much, because you already know ‘the mystery’. I really don’t know what Charlize was doing while playing this role but it was nothing how I imagined Libby with the information from the book. Like NOTHING AT ALL. Half of the film you didn’t even see her face or hair, so strange. I know Libby Day has a lot of issues but she represented her very poorly. Also the whole money thing wasn’t as desperate in the book as in the film, so basically in the film it didn’t even make sense. Oh and how about a little more background on the characters? That just wasn’t part of the film at all. I guess they had to make it a short film because they run out of money or something. Ok, and now I think about it, a lot of things just happend without a proper explanation. Ugh.

So just read the book and we can chat about it further, because I don’t wanna spoil anything! Would I just rather read the book three times over instead of watching the film again? Definitely. I know, not your bad Gillian, I’m sorry for the disappointment.

Catch the film this summer in a cinema near you!

Oh and hello Gillian Flynn, if you read this, WHEN IS YOUR NEXT BOOK COMING OUT? I need it. bad.