You want to be a successful entrepreneur? One thing you should do (Kanye does it too)

You started a business. You want to be a successful entrepreneur. But are you well prepared? I’m not talking about the ‘I went to business school’ or ‘I ready every issue of Forbes’.

The one thing I’m talking about is something all entrepreneurs should do, big or small, just starting out or veteran.

Do you organize + keep track of everything? Probably. But do you take behind the scenes videos and photos for let’s say your future documentary? I always recommend my clients to do so, and it’s not just for a future documentary. It’s really cool to document your entrepreneurial journey. Just film short backstage videos, organize your annual team photos and press features. 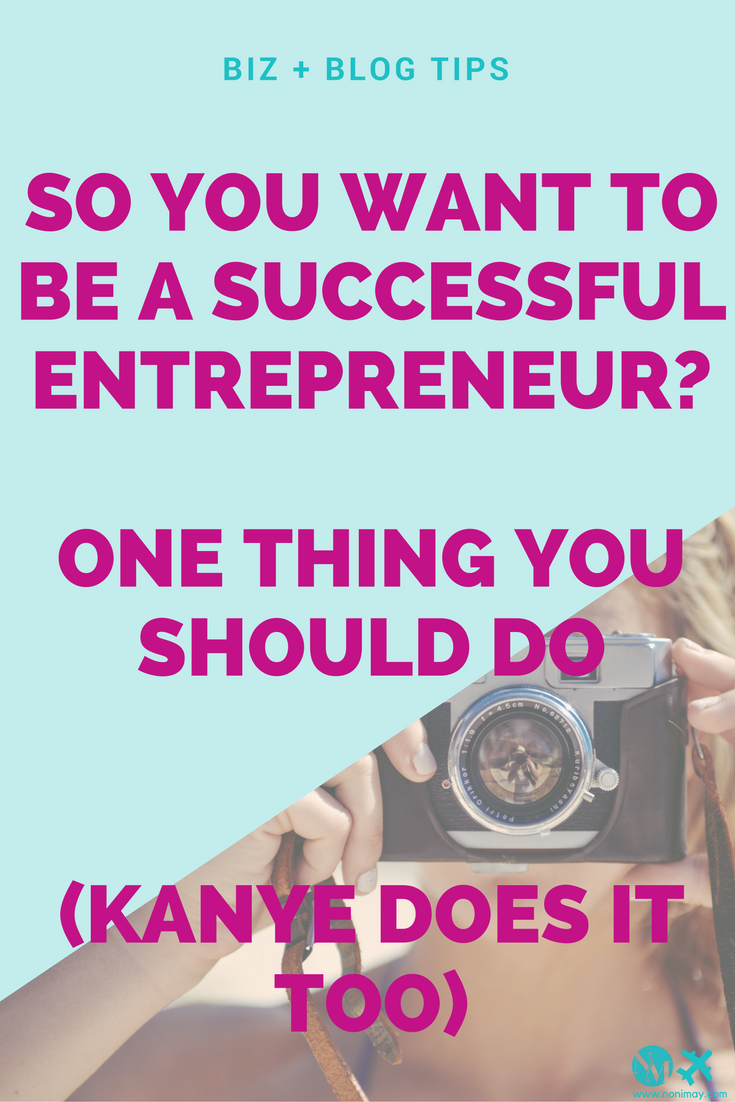 I realized Kanye was doing this too and taking it to extremes when he published the ‘Taylor tapes’. He said that a camera team was following him all the time for ‘his documentary’. Now we all know that Kanye thinks big, and acts like he’s the world greatest. I’m not saying that he is, and I find that one of the more annoying things he does, but to be honest entrepreneurs could learn from that. I’m not saying you should act like you’re the biggest and best entrepreneur on earth. I’m saying that (we) you should think big, and be in it for the long haul. Act like you will change the world by collecting cool visuals, for your future documentary. To inspire youngsters. I’m always SUPER inspired by other entrepreneurs and to see the original photos of how Steve Jobs started, always inspire me to keep going. That’s what I’m saying. You can be that person for someone else.

You can keep the images and videos in your locked archive. That’s ok. Just make sure they are there when you want them. It’s fun! Don’t over do it by saving EVERY business Snap you make or publish, but remember to film on moments that matter. When you raise your first round. How you started in the basement. When you give your first keynote. When you hire your first team members. Your first TV interview. Things like that.

Like Loading...
Previous Article
You want financial success? Then this is the only article you need to read!
Next Article
Things you might want to consider before going into freelance work

Things you might want to consider before going into freelance work
nmcompany November 4, 2016