Hi all! After what seems like forever away from my blog, I’m back with a massive photo update!
In the time of silence I had to move houses, had the flue and traveled to Indonesia, where I’m currently staying… Bali it is! I’ve been here for more than a month now and the internet is so bad that I haven’t got the chance to do a photo update yet! My iPhone got stolen (RIP), so unfortunately I can’t post on Instagram until I’m in Australia, next month. It’s been quiet, the down time is good… I think. I’ve read a lot and enjoyed the sun, the swimming pools and the food. Regarding the blog, I’m gonna start at the start, which means week 1. In this post I’ll share my photos from the 24hr flight, which I enjoyed SO MUCH, thank you so much Qantas x Fly Emirates! It was absolutely a pleasure to fly with Fly Emirates, and I’d love to do it again and again and again.. here’s why: 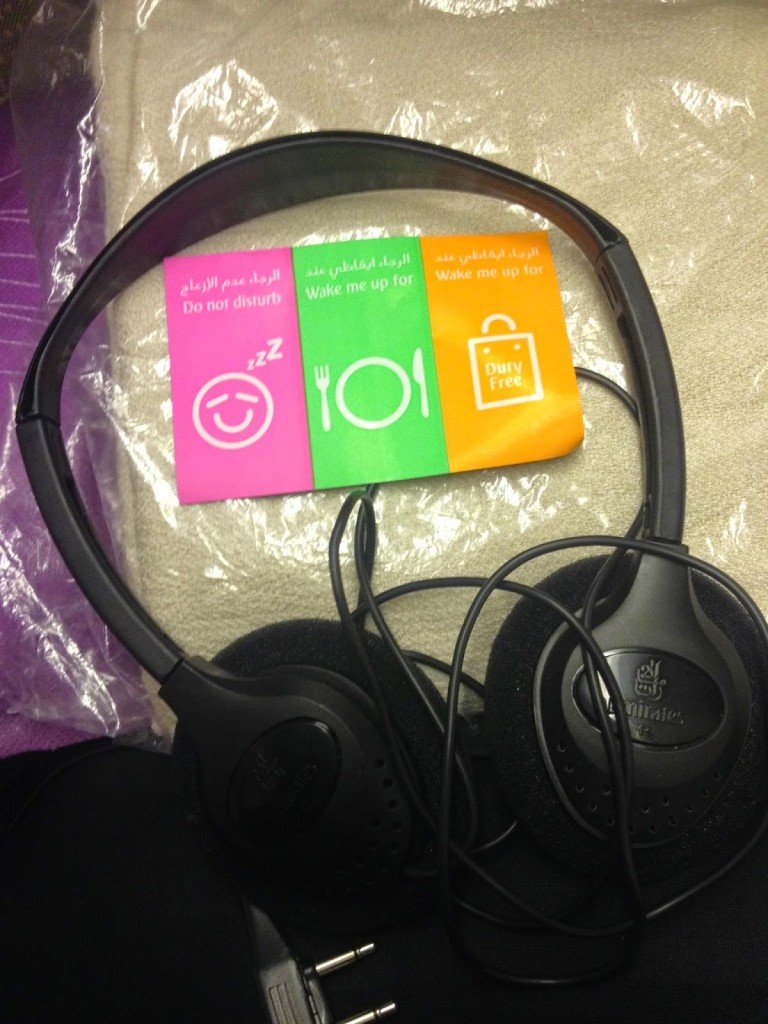 Amazing: wake me up for food sticker, because duh, you can always wake me up for food! So the sticker basically equals relaxing down time with my eye mask on, without the stress of missing a meal. (Yes, I that’s the type of stress I have while flying haha). The food was so good!
Oh and of course they sponsor Arsenal, so I had to check out the Arsenal World Channel. 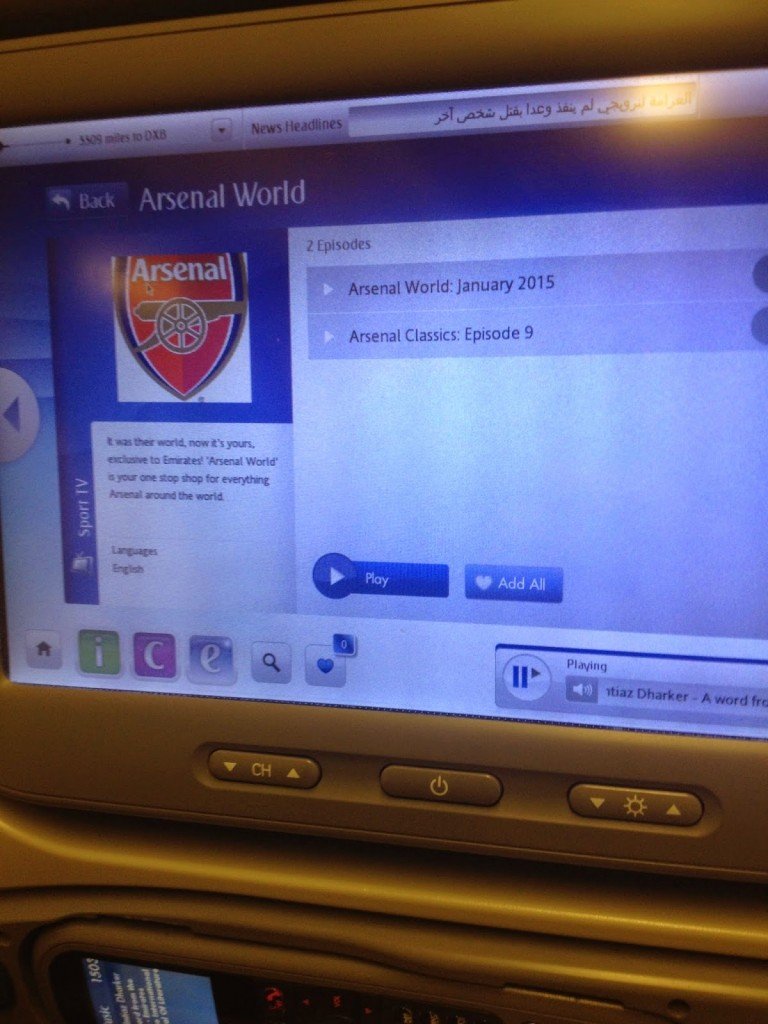 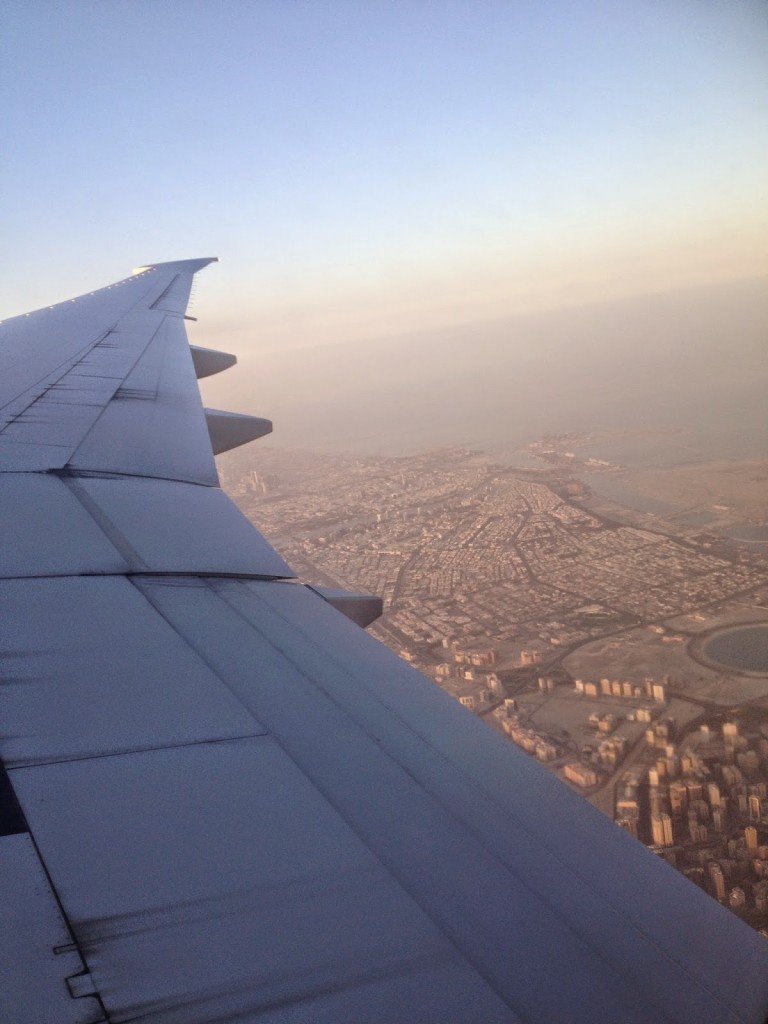 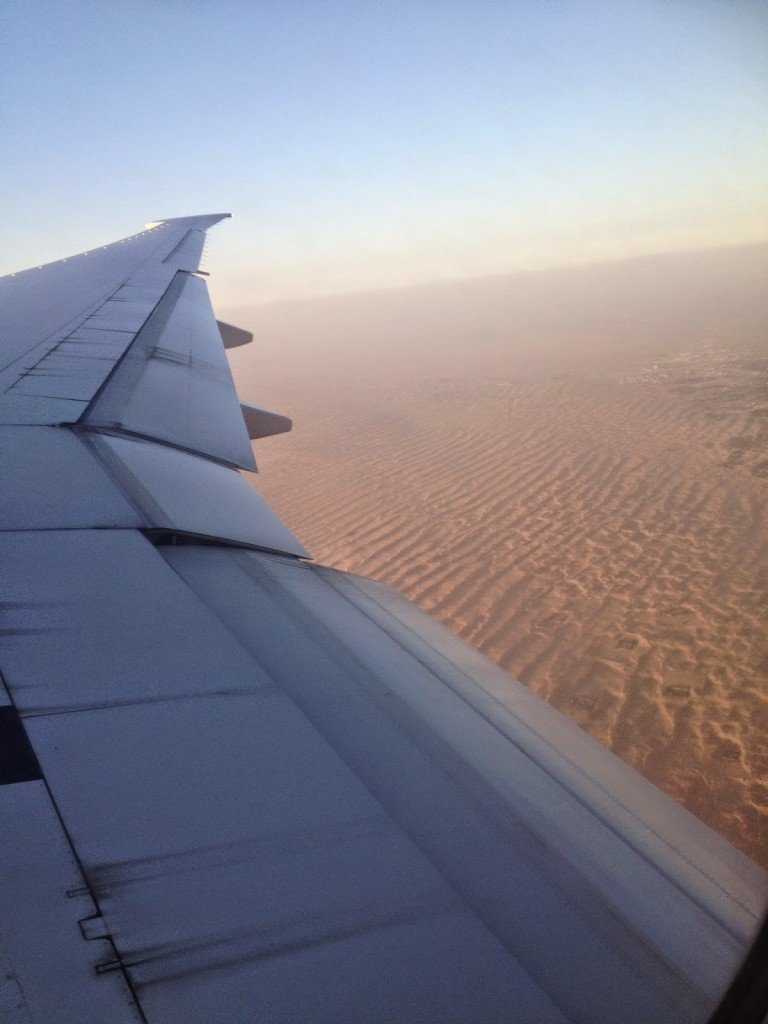 First stop: Dubai. Also known as sandy desert land…. this was literally 1 minute before we reached the airport. 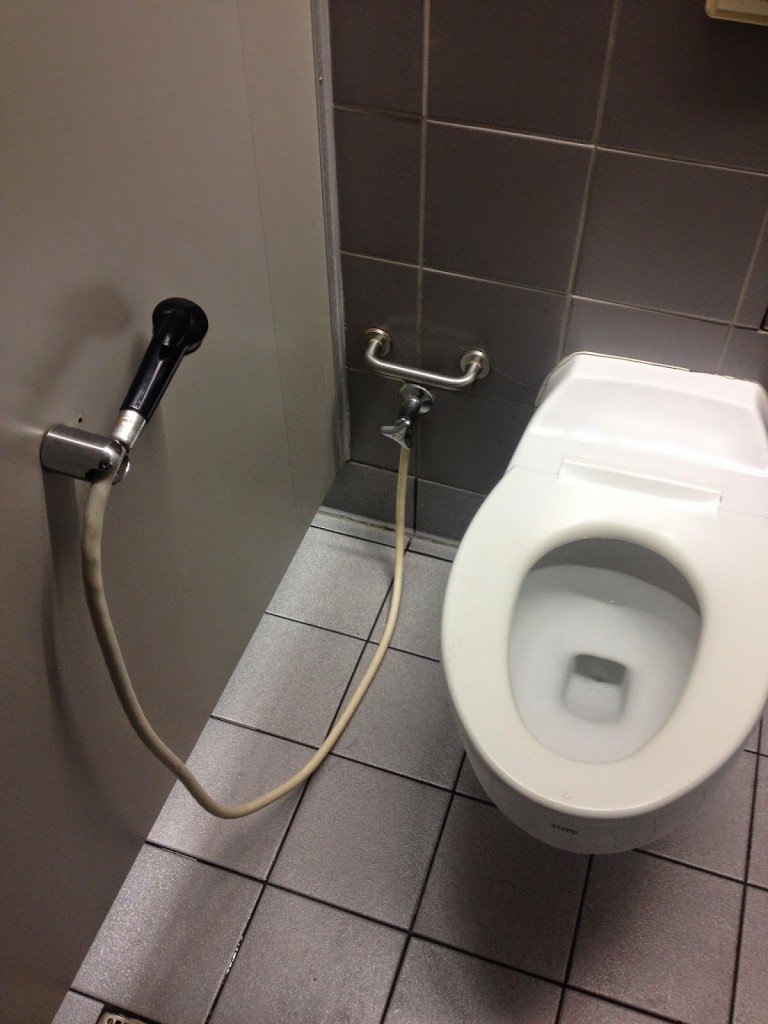 I’ve never seen a toilet shower like this. Amazing, the Middle East. And look at those palmtrees, just in the airport! Cray cray! It’s my first time in Asia, so I’m probably amazed with everything coming. 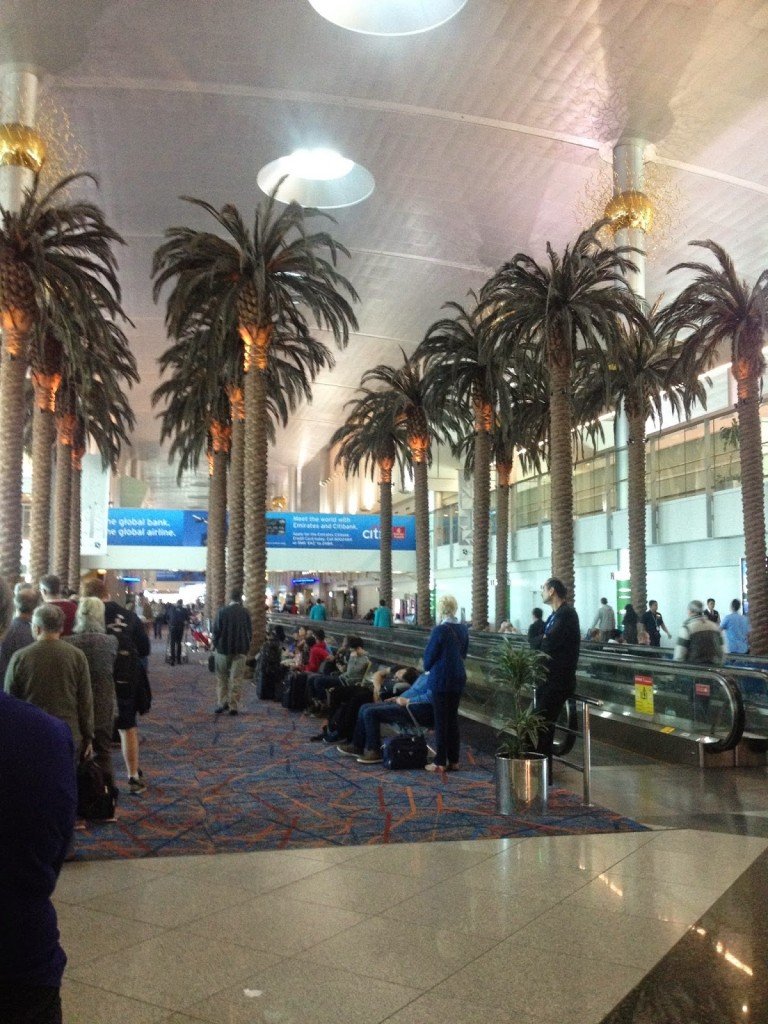 So, then I flew off to Singapore. And what a space I had with the seat I booked! I was so happy with my seat, especially after I couldn’t go to the toilet for 7 hours because of the sleeping people next to me on the first flight. Yaay! I walked around a lot, had enough space to watch Denzel movies and eat dinner and take a good nap! 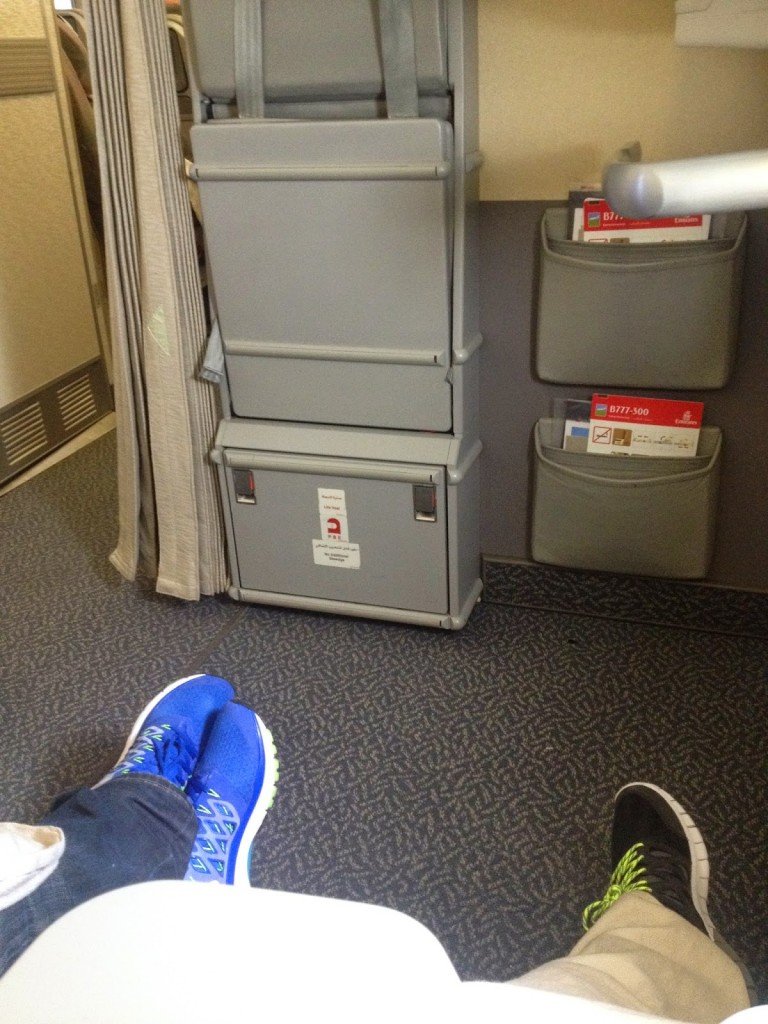 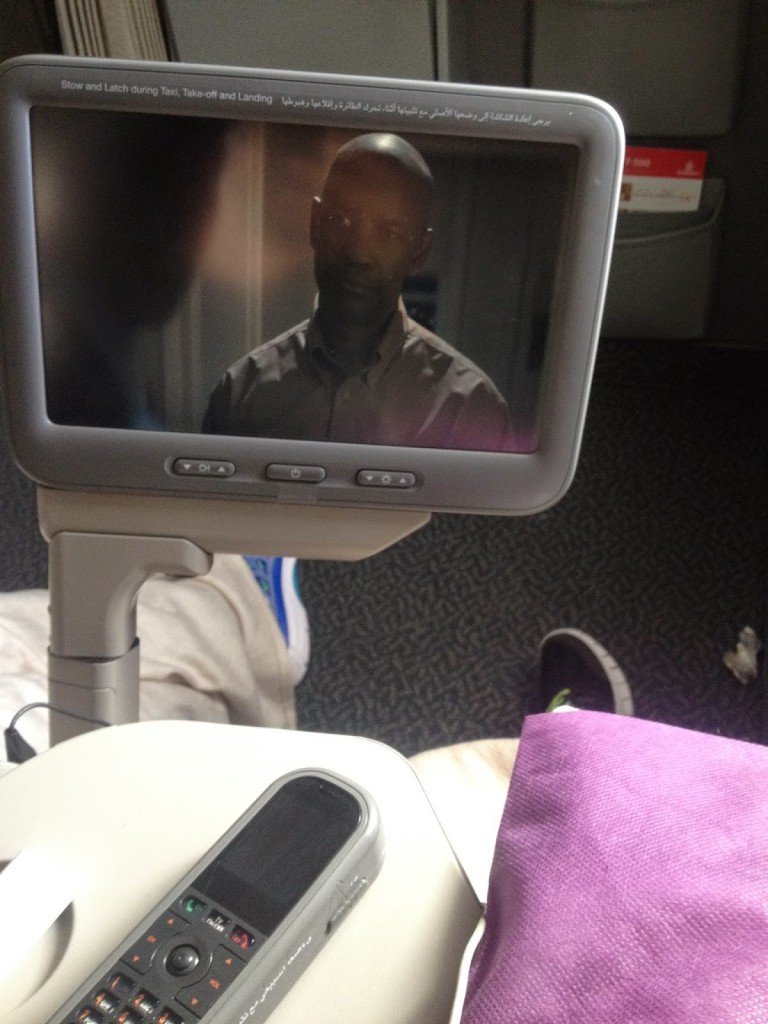 Oh hai, Singapore… this was my on board stuff (A LOT due to all the magazines I bought last minute) and it was time for some refreshment! And oh yeah, look what this exotic Dutch princess found in the women’s: a beauty area! So much fun. Asia, you’re already awesome. 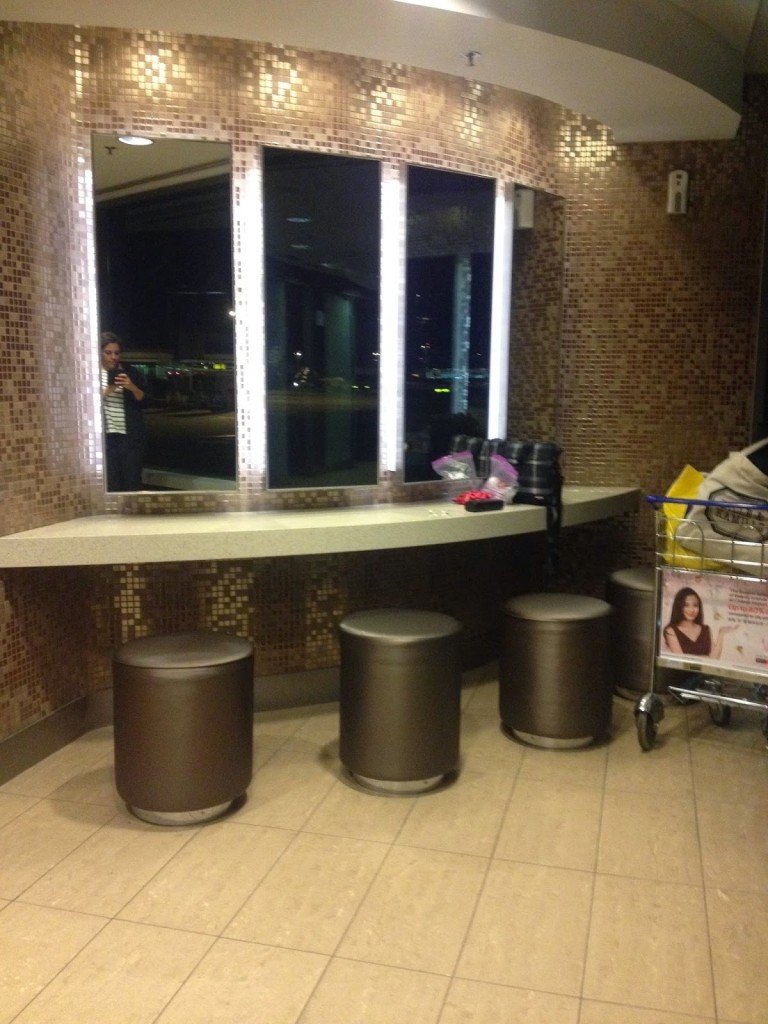 Free hot/cold/ice water. Much needed after 20 hours in the air. 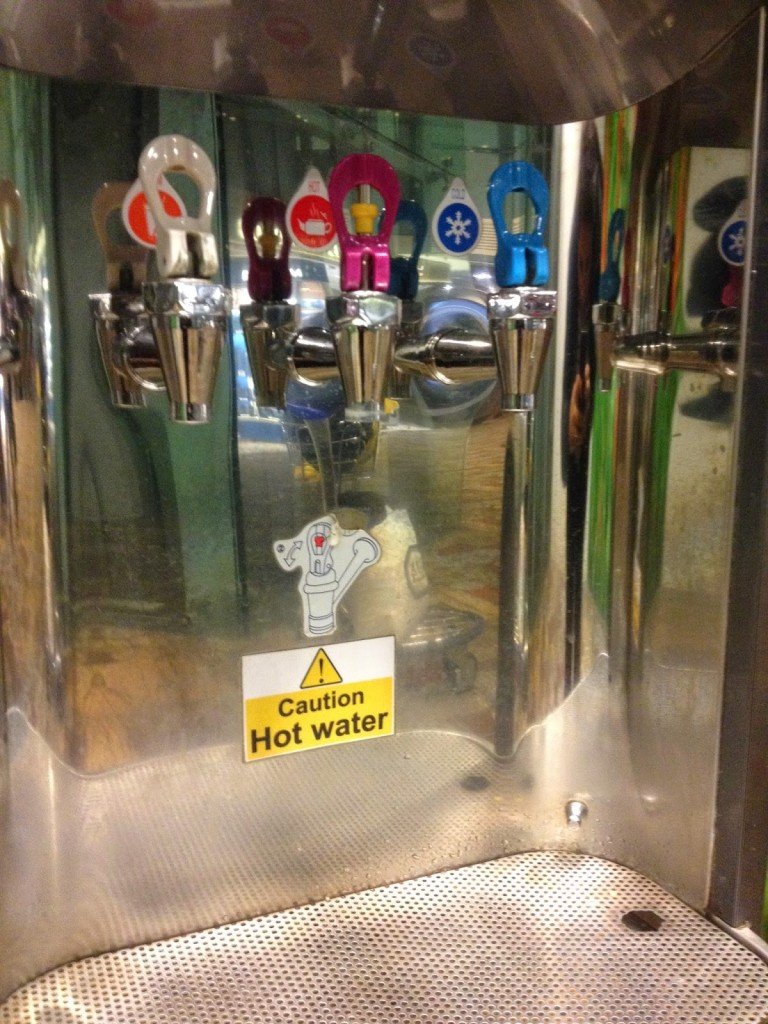 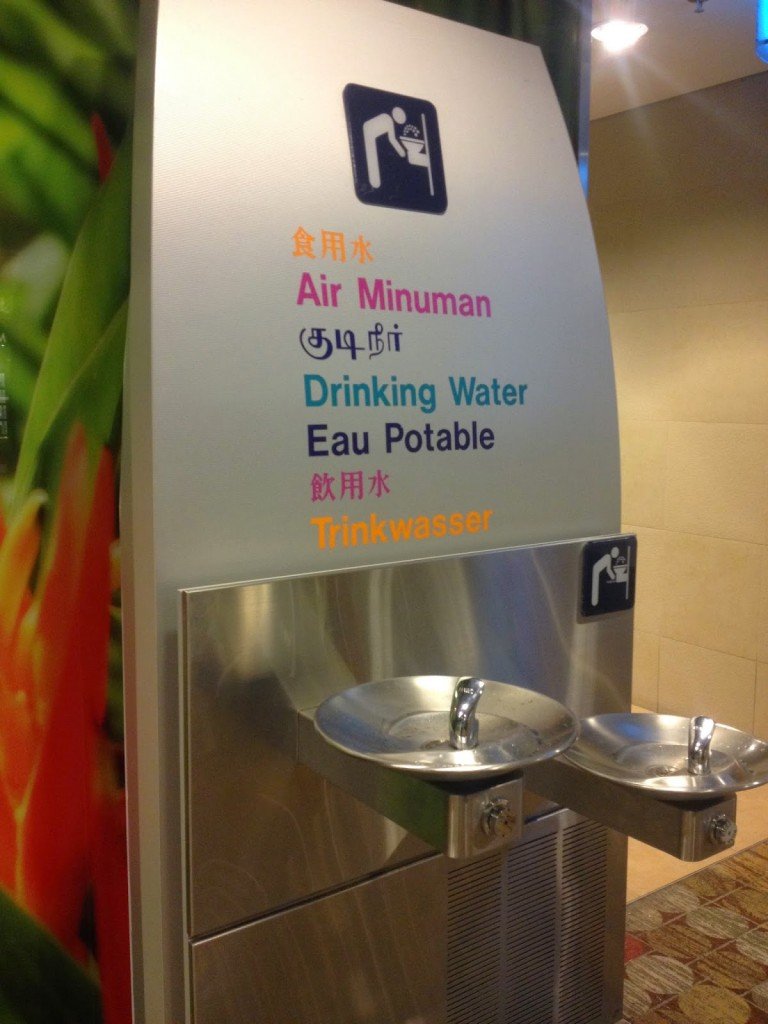 And then I found an old friend of mine. Had to pay him a visit, I was hungry and jetlagged. I had no clue what time it was… I was still living on Dubai time and also kept the Dutch time in the back of my mind… confusing! So why not, burgers. Oh wait, how do I pay for them?? Oh no worries, I could pay with euro’s at the Singapore airport. Awesome. Although the airport was a bit boring, they should definitely work on their entertainment. I mean, a Disney photo wall doesn’t do it for me. The burger was basically the most exciting thing that happend there. 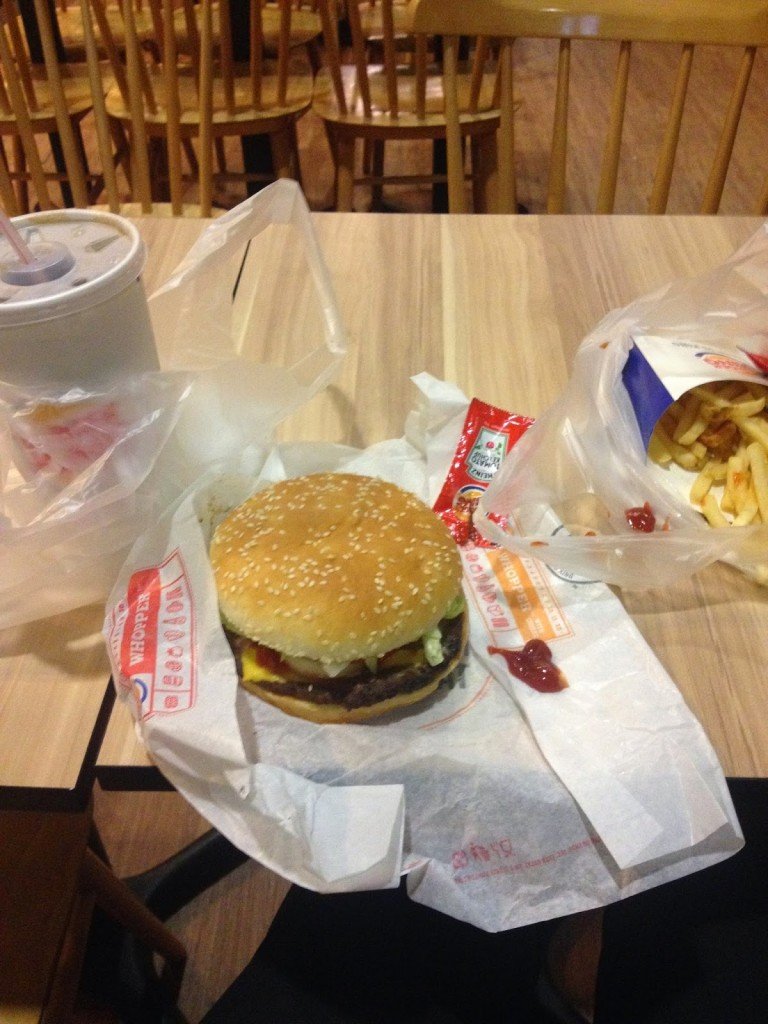 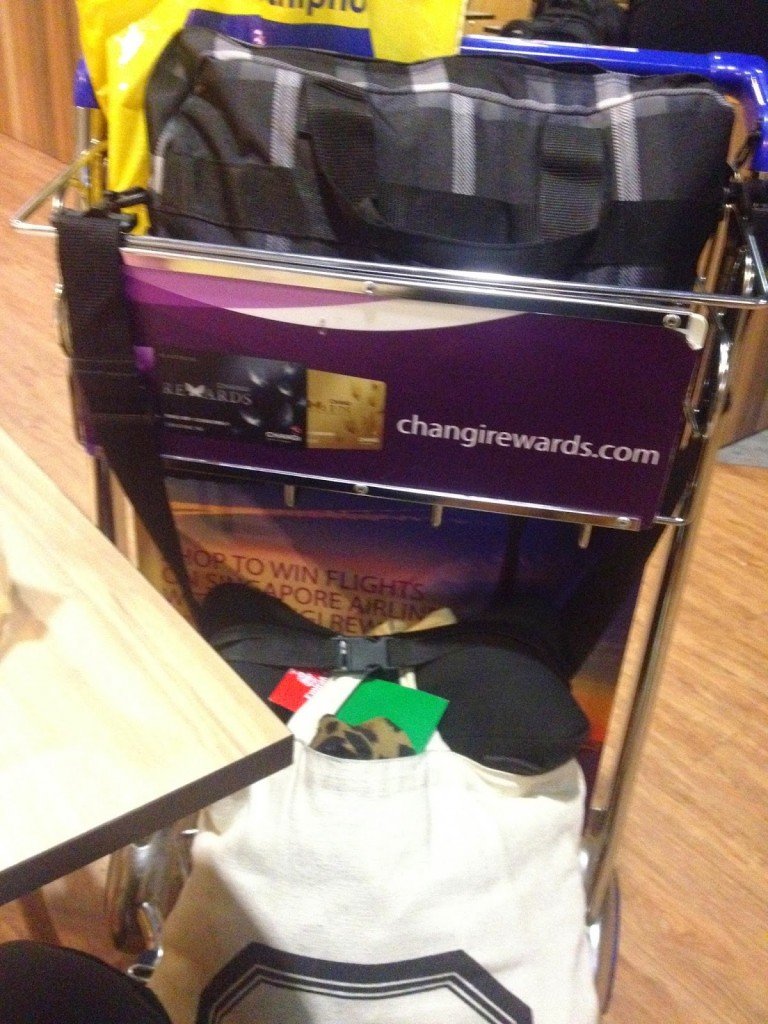 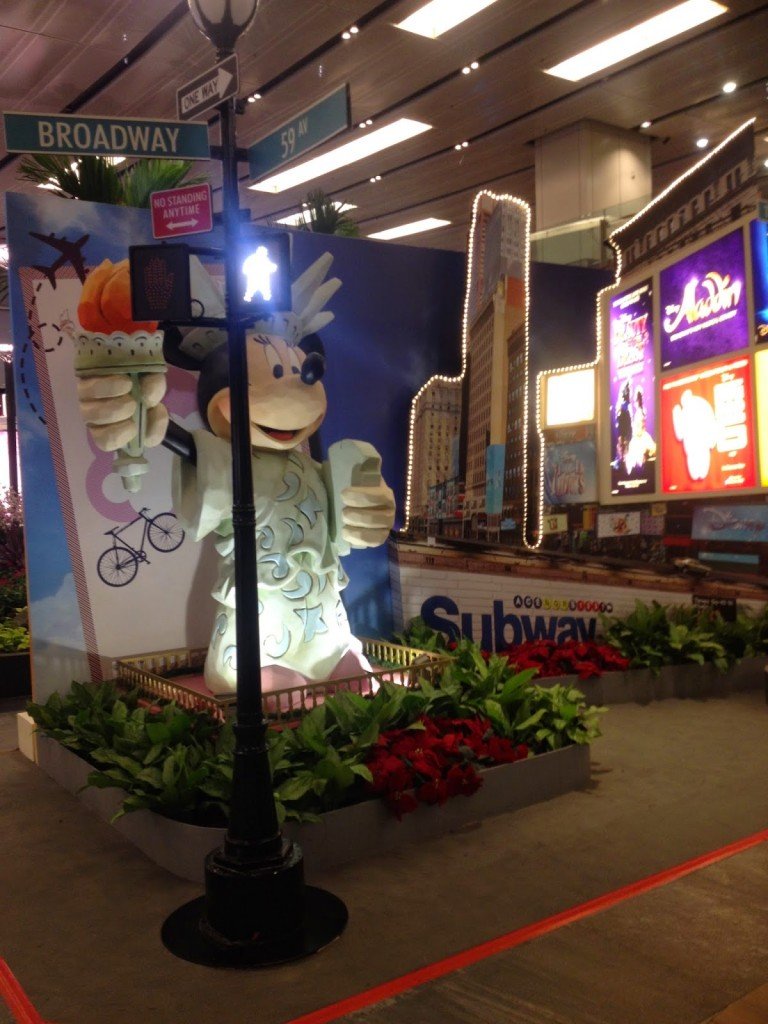 And then finally… my first hotel! It’s actually a super nice one and I was happy I booked the room in advance, so I could immediately take a shower and go to bed! I arrived around 7 AM in Denpasar and I was soo tired… that’s why it was even more frustrating that something went wrong with my pick up – arranged by the hotel. I arrived, was dead tired and then had to figure this taxi thing out. And I didn’t do any research about money, taxi’s or… anything. So I saw a taxi desk at the airport and asked how much It’d be to Kuta. He said 400 rp. I read on the internet that it’d be aproximately 50.000 rp. So I told him that. He said 400. I said ok. In the end he meant 400.000 rp, not 400. So I had not only not enough money, but I also had to pay around $40. Silly man. 50.000 rp is like $4… So in the end I complained by the hotel and they ‘saved’ me, I only paid 150.000 rp, which is still a lot but hey, I was ‘at home now’ and finally get some rest. 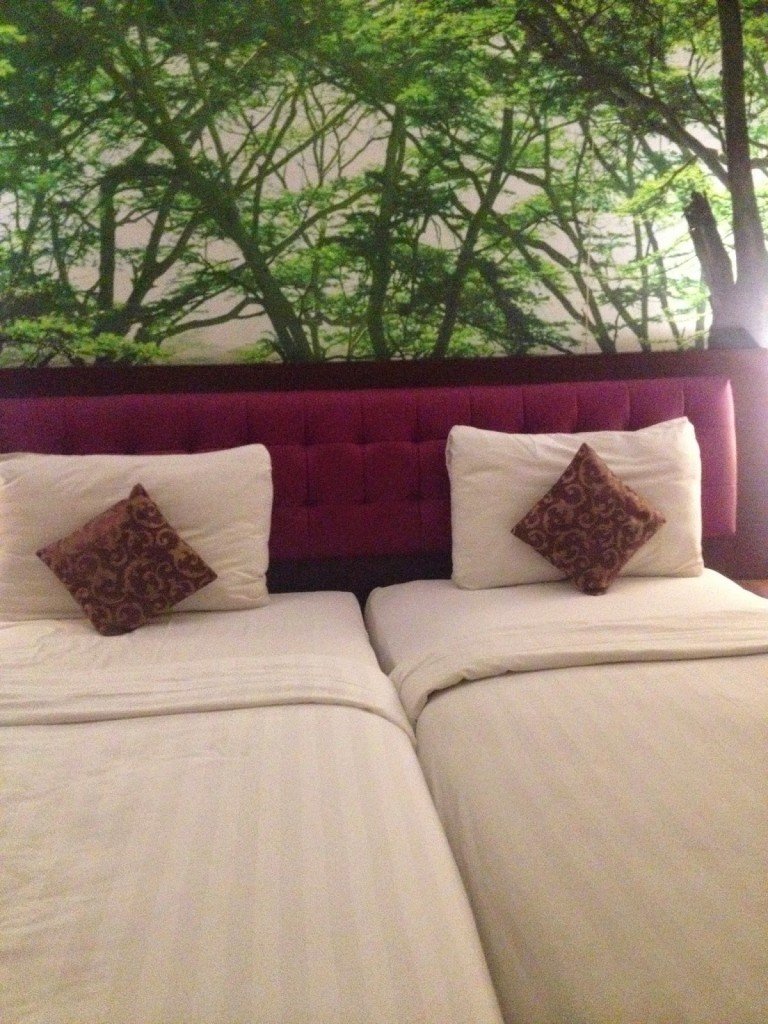 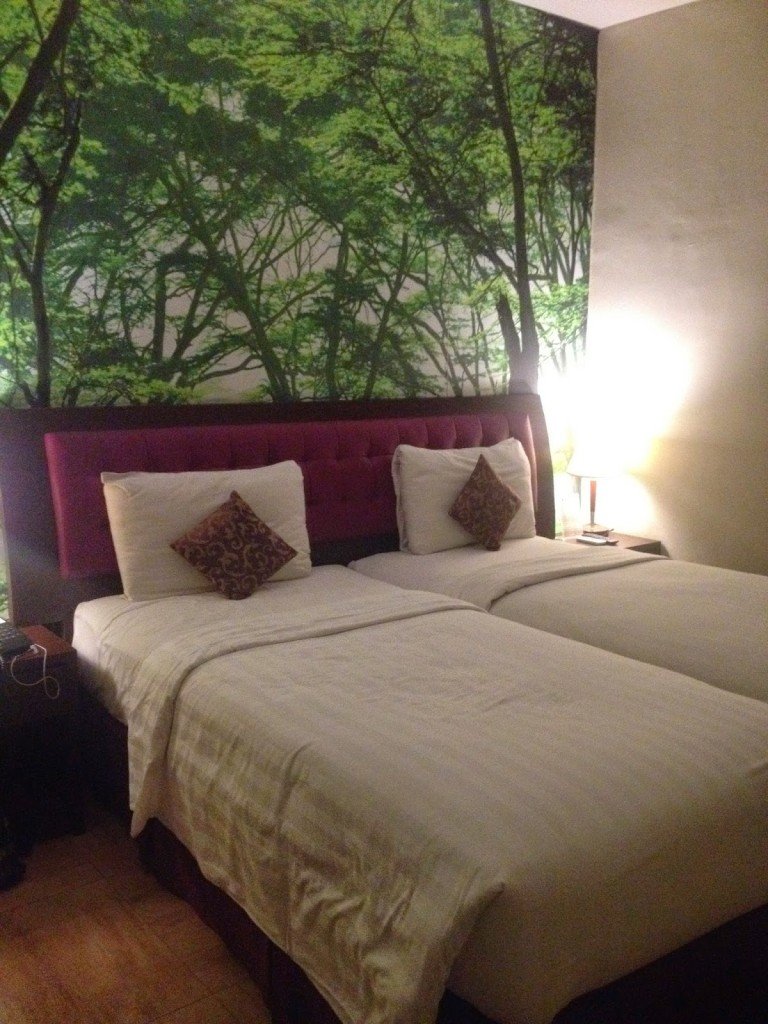 Hotel: Kuta Central Park Hotel
Flights by: Qantas and Fly Emirates (and a super crappy one by Jetstar, brr)
Photos: Noni May with iPhone 4s (RIP)

Early retirement, is it possible before 40? With a mini retirement it is!
nmcompany April 5, 2018

Early retirement, is it possible before 40? With a mini retirement it is!