Summer time often means slow tv, reruns and.. summer tv series! My favourite ones + tv series I should finally watch in one cute list with my ten favourites for summer 2015.

I loooooove to unplug by watching a good movie or binge a new tv series. When I came up with the idea to write this post at the beginning of the week, I didn’t know I’d have seen one of the tv series by the end this posts would be live. OMG. I started Broadchurch earlier this week and totally binged two seasons. Within three days I’d seen everything. I guess you understand that it’s totally worth watching it! Other series I just started are MTV’s Scream and season 3 of House of Cards, because I was on my world trip when season 3 originally came out. Summer only just started, but there are some series I’m really looking forward to! Both from summer 2015 tv and older must watch I haven’t seen yet! Oh and btw, I’m a little bit in a murder mystery mood these days, because that’s when series get highly addictive.

Scream Queens is an upcoming American horror-comedy anthology television series. It will be broadcast on Fox, and will air on Tuesdays, beginning on September 22, 2015. The first season will be centered on the Kappa sorority, and around a college campus that is rocked by a series of murders. With Emma Roberts, Lea Michelle, Ariane Grande and Jamie Lee Curtis… wow. Officially an after summer series but hey, looking forward to it! Probably on the same level as Pretty Little Liars 🙂 Watch the trailer down below!

Okay, okay, I know. It’s really weird that I, a highly addicted person to tv series, have never seen an episode of Scandal! I did watch how to get away with murder and really loved it, so Scandal is definitely next!

The show I binge watched the last three days. One season exists of only 8 episodes, so it’s very doable. Broadchurch series one focused on the search for the boy’s murderer by two detectives. Much of the tone of the series was inspired by the music of Ólafur Arnalds, who also composed the soundtrack for the programme. The second series primarily focuses on two plot strands: the trial of Joe Miller and the reopening of the Sandbrook case.

Mayday in a small town steeped in pagan traditions where the crowning of the May Queen is the highlight of the day until suddenly she goes missing.

I have to start before season 3 airs! The Fall is a British and Irish BBC crime drama television series. The series stars Gillian Anderson as Superintendent Stella Gibson, a senior police officer investigating a string of murders in Belfast, Northern Ireland. Northern Irish actor Jamie Dornan plays the serial killer she is pursuing. 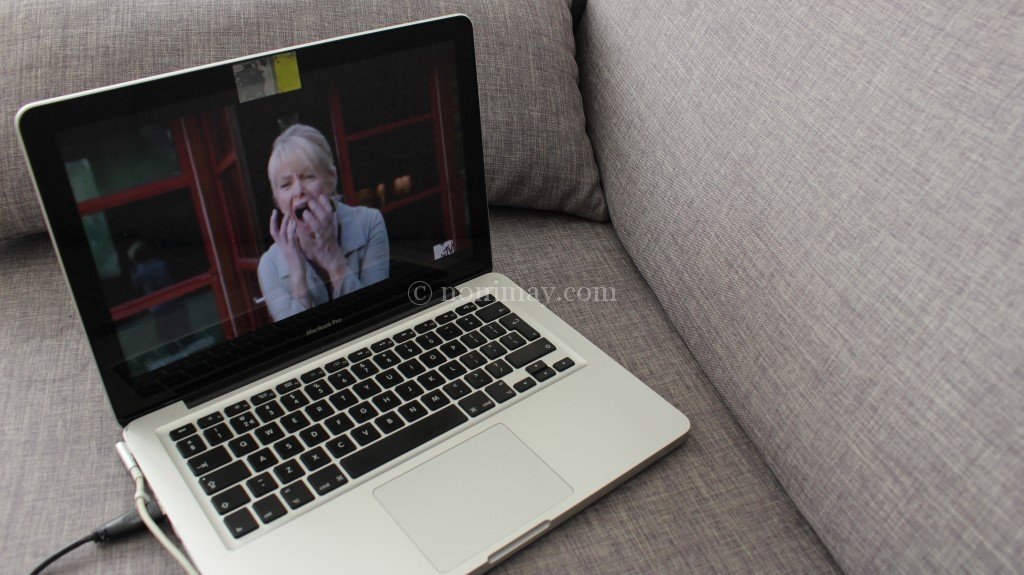 OMG, MTV dared to turn the famous slasher movie in to a tv series… two episodes in and I still like the series enough to watch it, it’s actually one of my current favourites!

Set in present-day Washington, D.C., House of Cards is the story of Frank Underwood (Kevin Spacey), a Democrat from South Carolina’s 5th congressional district and House Majority Whip who, after being passed over for appointment as Secretary of State, initiates an elaborate plan to get himself into a position of greater power, aided by his wife, Claire Underwood (Robin Wright). The series deals primarily with themes of ruthless pragmatism, manipulation and power. I love politics! And especially after everything that happend in season 2, I can’t wait to start season 3 this summer!

Based on my list, I’d love to hear your recommendations! Do you have any for me? And don’t forget to follow me on Pinterest, because I have a TV & Film board with a lot of inspiration & recommendations!

The Best Halloween movies to watch this season
nmcompany October 28, 2018

Popcorn Time: 3 reasons why cinemas got me all excited this fall (and new fall movies you should watch)
Noni May September 28, 2015

Trailer for the upcoming Snowden film, with Joseph Gordon Levitt
Noni May July 2, 2015

The Best Halloween movies to watch this season

Popcorn Time: 3 reasons why cinemas got me all excited this fall (and new fall movies you should watch)

Trailer for the upcoming Snowden film, with Joseph Gordon Levitt